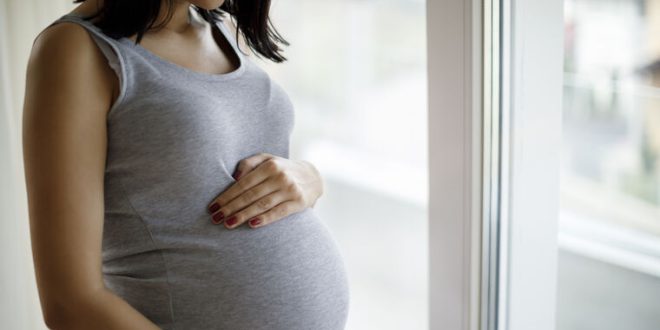 Portrait of young pregnant woman standing by the window

WARNING DISTRESSING CONTENT – Godfred Aladago, a 25-year-old farmer from south-central Ghana, has been arrested accused of murdering a pregnant woman and cutting her unborn baby from her stomach

A man allegedly murdered a pregnant woman before he cut her unborn baby from her stomach.

Godfred Aladago was arrested and taken into custody accused of committing the sickening attack on Rose Asibi, 30, a pregnant woman in Atobra, a suburb of Tepa in the Ashanti Region in Ghana.

The 25-year-old farmer was nearly lynched by young members of the local community who almost broke into his cell, enraged by the accusations against him.

According to witnesses, the vile killing allegedly stemmed from a misunderstanding after Rose’s goat trespassed onto Aladago’s farm and ate some of his produce.

It is believed the violent murder took place on June 20, or shortly before and rumours swirled that he had killed two women.

The local community were left outraged after the brutal killing and a small group allegedly tried to break into the suspect’s cell to kill him ( Image: Facundo Arrizabalaga/MyLondon)

Superintendent Asenso told Akoma FM: “The suspect earlier came to lodge a complaint that some farmer’s goats had strayed and they had been eating his farm produce, and when he confronted them, they chopped his hand with a machete.”

He added that “a few irate youngsters arrived at the police station and claimed that the suspect had actually killed two women, saying their goat had chewed his maize,” The Daily Star reported .

It has also been reported that Aladago allegedly attempted to kill the pregnant victim’s 17-year-old in-law, Rachel Alale, but she was able to escape.

Earlier reports suggested that both Rachel and Rose had been killed in the horrific machete attack.

A neighbour is reported as saying: “I got wind of the information following a distress call so I rushed to the police to make enquiries.

“The suspect was seen with knife wounds and had reported himself to the police. This is barbaric and the man must be brought to justice.”

The authorities transferred Aladago to regional police to avoid any more attempts from locals to take his life.

Haunting images from the scene show the victim’s corpse sealed in a plastic bag and loaded into the back of a police van.