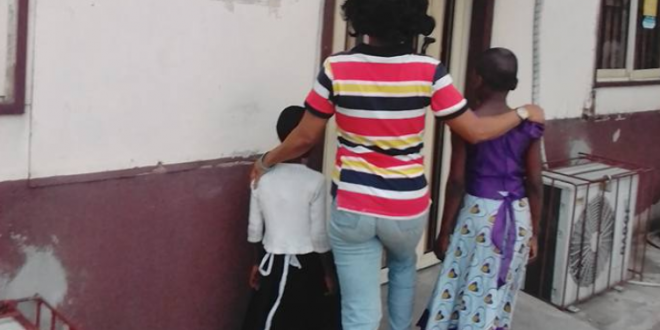 Spread the love
A mild drama ensued after a man tried pulling a stunt at a police station last week in Lagos state after losing custody of his children to his estranged wife.
The man who was accused of abusing and beating his wife was said to have forcefully taken away his three children from his wife and dumped them with his own mother who in turn fed the children with insults and abuses.

The matter was reported at the Police station in Isolo, Aswani Division as the case was charged to court within 48 hours.

It was joy all the way at the first hearing at the Magistrate Court 5, Agege Lagos as the mother was reunited with her children after three years of lament.