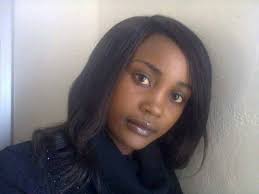 Man Kills Wife And Her Lover In Front Of His Children

A 33 year old clearing agent identified as Peter Siwale, has been arrested by the police in Lukasa, Zambia, for allegedly shooting dead his wife, Charity Namuko, 30, together with another man, Andrew Chibesa, 27, whom he suspected to have been having an affair with his wife.
This happened on Thursday, 27th July 2017. Police Spokesperson, Esther Katongo, said brief facts of the matter are that the suspect trailed the victims who are both teachers to some place in Mean wood, where he saw them in a romantic state.

He then picked the two whom he took to his home where he is alleged to have shot both of them dead in the presence of his children. The suspect later went to the neighbour with the children and requested that he be taken to the police.