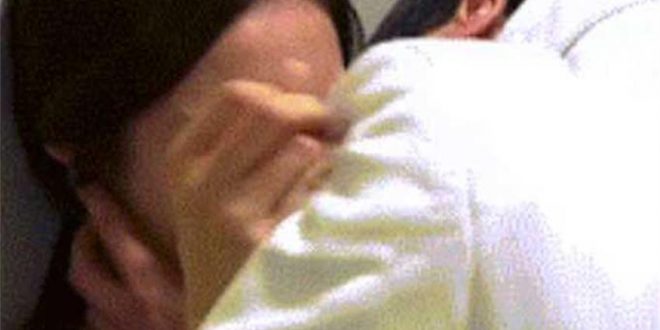 Spread the love
He led his colleague into a storeroom claiming that he wanted to apologise for an unwanted kiss he had previously given her.

Instead of doing so, however, Gaabucayan Mitchel Cubong forced another kiss on the woman.

For his actions, the 36-year-old Philippine national was sentenced to eight weeks’ jail at the State Courts on Thursday (21 December) after pleading guilty to one count of using criminal force to molest the 20-year-old woman.

Another charge of a similar nature was taken into consideration for his sentencing.

The incident took place on 16 September this year at a Guardian Pharmacy outlet in the Westgate mall, Singapore.

At the time, Cubong was working there as a retail executive, while the woman was a part-time sales assistant and his subordinate. The woman cannot be named to protect her identity.

At about 2.05pm, the woman entered the outlet’s storeroom to clock her time sheet. Cubong was also in the storeroom at the time. As the woman stepped out, Cubong stopped her and asked her to return to the storeroom.

He claimed he wanted to apologise for an unwanted kiss he had given her earlier that month. The woman did as he requested and listened to Cubong’s apology.

“As he looked sad and like he was about to cry, the (woman) hugged Cubong and gave him a pat on his back to comfort him,” said Deputy Public Prosecutor Gail Wong.

Cubong, however, then asked the woman for permission to kiss her on the lips. The woman rejected him, but Cubong still planted a kiss on her lips.

The woman left the storeroom immediately and called her boyfriend, who then contacted the police.

Since the offence, Cubong has been fired from his job, while the woman quit three days after the incident as she no longer felt comfortable at the workplace.

DPP Wong said that Cubong’s actions were aggravating, as he had been in a position of authority, adding that the woman had felt sorry for Cubong when he asked her into the storeroom.

In mitigation, Cubong – who is married and has two children – told the court that he had been working in Singapore for seven years and was his family’s sole breadwinner.

For his crime, Cubong could have been jailed up to two years, fined, caned or been given a combination of the sentences.