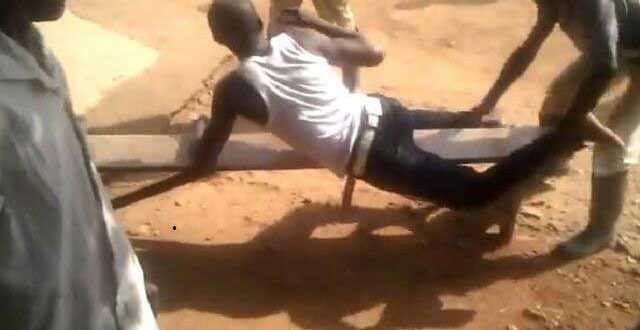 Be careful what you say when you are angry. Shuaibu Umar will be given 80 strokes of cane for calling his sister-in-law, Suwaiba Abdulkadir, a prostitute.

A Sharia Court sitting at Magajin Gari, Kaduna, on Monday gave the order in favour of Abdulkadir, who had filled a case of defamation against her brother in-law.

She told the court that Umar called her a prostitute after a misunderstanding they had.

“Shuaibu is my husband’s younger brother and we had a misunderstanding; we exchanged words and he called me a prostitute.

“I want this honourable court to grant me justice as what my brother-in-law said about me has tarnished my image,” she said.

To the court’s surprise, the defendant, who did not deny calling his sister-in-law a prostitute, said that he spoke in anger and had no regrets.

“I was hurt when she called me a drug addict and a thief, that was why I called her a prostitute and I won’t go back on my words,” he said.

The judge, Malam Dahiru Lawal, ruled that Umar be given 80 lashes of cane after giving the defendant a chance to withdraw his statement.

“The defendant confirmed calling his sister-in-law a prostitute and is not ready to withdraw the statement; therefore, I, Dahiru Lawal, rule that Shuaibu Umar be given 80 strokes of cane.

“This is in accordance with the teachings of Prophet Muhammad which state that one cannot accuse a person of adultery or fornication except he presents four witnesses who have seen the activity.

“He is to receive 80 strokes of cane in place of the person he accused because he has defamed the person’s character,” the judge said.