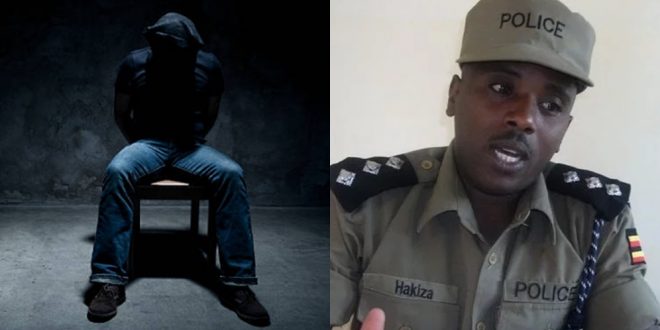 According to Tuko.co.ke, the unidentified man from Mparo Division in Uganda called his unsuspecting wife on Friday, March 2, 2018 and told her that he had been picked up by some unknown people.

According to region’s police spokesperson, Julius Hakiza, the suspect claimed his ‘kidnappers’ demanded KSh 54,000, which is about N18,000 in Nigerian currency before they could let him go.

Terrified by the news, the wife alerted police, other family members, and friends to help in rescuing her husband. It was then gathered that the family rallied round and began sourcing for the ransom that was requested by the ‘kidnappers’.

The amount of money requested for was eventually raised and immediately wired into the phone of the kidnapper via mobile money transfer.

Meanwhile, as the family did what they could to save the relative in trouble, investigators carried on their work by making attempts to trace the location and movements of the mobile device that was used in receiving the ransom paid by the family

The detectives said they were able to trace him to a place called Butebere village in Hoima District.

They found the ‘kidnapped man’ celebrating and feasting with friends. He claimed he was celebrating his release, but the officers suspected he was spending part of the cash he had received as ransom.

Further investigation revealed the man actually faked his disappearance in order to obtain cash from his wife and family.

The man was eventually reported to have taken a loan from a financial institution and they were already on his neck asking for a refund of the loan.

He was eventually arrested and charged with obtaining money by false pretense.