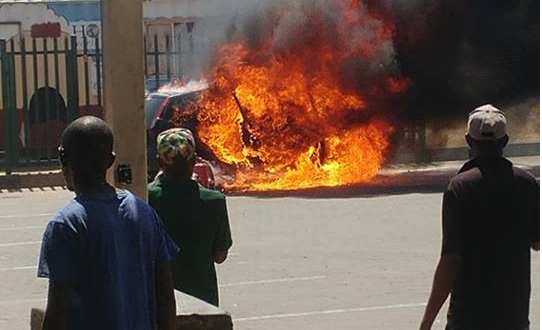 Man Escapes Death After Car Exploded As He Used The ATM

A man was left shocked and devastated after his car went up in flames while withdrawing from an ATM.

According to reports, the incident happened on Saturday morning in South Africa after the owner of the car went to a local shopping centre to withdraw cash.

As he stood at the ATM, other customers called him and said they saw smoke coming from the engine. He thought they were playing around only to see his car go up in flames!

Emergency officials and others assisted to put out the fire but the car burnt completely as people stood there helpless to save the car.

It is still not known what caused the “spontaneous combustion” of the car.