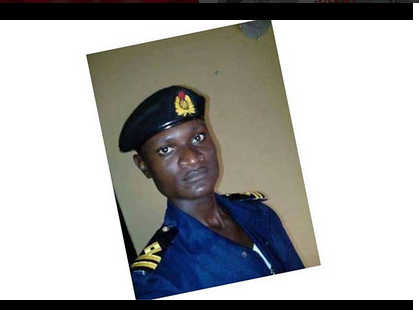 Operatives of the police Special Anti Robbery Squad, SARS, opened fire on a relaxation spot in Dorowa, near the School of Health Technology, Zawan, Plateau state, injuring many.
Henry Dokotri Anthony, one of the injured, died and his family are planning to take legal action. A youth leader of Kugiya, Jos South, Osoba Asibor, said the bar owner gave his own account of the story.

“The shop owner said the youths there were actually watching wrestling and he (Henry Dokotri) was just standing by the door side and when the SARS came they just pushed them inside and that was how they went away with them.

As I speak to you now three persons are in remand. I am presently with the state chairman of the Police Community Relations Committee, PCRC, we are heading for the Commissioner of Police (CP’s) office to ensure that those three persons are released,” he said.

Confirming the incident, the Police Public Relations Officer, PPRO, Terna Tyopev, said the injured victims were taken to the Plateau State Specialist Hospital in Jos. He said 13 people were arrested by the police but did not disclose their offenses or why an attack was launched.

A witness, Dapip Stanley, revealed the police were not provoked. Stanley said SARS have been threatening the residents. “This is not the first time they have injured many in the past.

SARS personnel have been terrorising our people here in Dorowa. Each night, they always threaten to shoot people, and yesterday night (Monday) they carried out their intention, shot and killed our people,” he said.