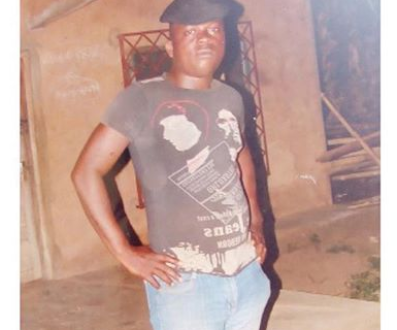 One Ifeanyi Eziechine is currently at large, after allegedly killing his best friend and relative, Sunday Ikwunyelu, over a ludo game in Akpulu village, Anambra state.

According to reports, the deceased, a father of six children, was hit with a heavy object before his genitals were cut off with a knife, leading to heavy bleeding that eventually claimed his life.

Recounting how it happened, Maryrose, the wife of the deceased, said: “I was in front of my shop playing ludo game with one nurse Rebecca when Ifeanyi, who hap­pens to be my husband’s brother, joined us.

He requested to be allowed to participate in the game but I declined on the ground that he often caused trouble each time he participated and lost out in the game.

Sometimes, it would lead to wanton destruction of some items in my shop and the compound. It was on that note that he took offence and this led to ex­change of words. He abused me and called me all sorts of unprint­able names.

My husband was not around then but when he came back, somebody else told him how Ifeanyi abused me right in my shop. This made my husband to confront Ifeanyi.

It was that confrontation that led to a fight on that Tuesday morning between the two and my husband, out of anger, confiscated his motorcycle ignition key, insist­ing that he must pay for all the damages he caused in my shop.

This incident happened in the morning but, around 6:30 pm, they started fighting again. Ifeanyi attacked him with a heavy weapon from behind. He was still struggling for survival when he grabbed his genitals and cut it off with a knife.”

On the consequences of such tragic incident, an elder townsman said it was customary that anybody who shed innocent blood intentionally will die by hanging, adding that Ifeanyi, if found guilty, would be compelled to take his own life. The police are still hunting for the suspect.