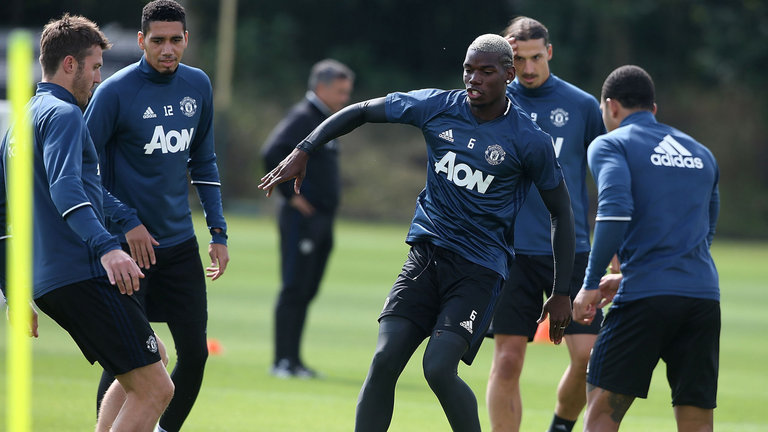 Manchester City are keen on signing Paul Pogba once he becomes a free agent this summer which could see the Frenchman cross the divide.

The World Cup winner’s contract at Manchester United will expire in a matter of weeks leaving him to explore his options. Pogba made an £898m switch to United and remains their record signing, but he has been unable to deliver consistently at Old Trafford during his six seasons.

A parting of ways has been on the cards for months after the Old Trafford hierarchy opted to shelve contract talks. Pogba has been injured for much of the year and City are now considering an offer for the midfielder, according to the Daily Mail.

Pep Guardiola has seen several managers try and fail to get the best out of the 29-year-old during his second stint at United. The Catalan will see Fernandinho leave once the season ends and Pogba is on a shortlist of potential replacements. City cannot begin discussions with the United player until the season ends.

Foreign clubs meanwhile have been able to negotiate with the midfielder for several months. Real Madrid, Juventus and PSG have all been touted as potential destinations for Pogba. The Frenchman earns just shy of £300,000-a-week at Old Trafford and City would have no problem in matching those wages.

Crossing the city would harm Pogba’s reputation at United, but the early indications are that he would consider an approach from Guardiola’s side. Any such switch would bring about the same reaction as Carlos Tevez’s controversial move back in 2009. The Argentine swapped red for blue just as City were flexing their financial muscle.

Pogba has been unable to win any silverware in the past five seasons with United. His last success with them was the Europa League in 2017. He has spoken of his desire to win trophies, which could strengthen City’s hand if they do look to lodge an offer.

“The truth has to be said — there have been difficult times, especially when I was at Manchester,” he told Telefoot back in March. “When I haven’t played or when the results weren’t there, coming here [the French squad] gives me a boost.

“It’s difficult because a lot has happened, from the change in manager to my injury. We’re no longer fighting for a title, so it’s neutral. I want to win titles, I want to play for something. Whether it be this year or even the previous ones, we haven’t won anything. That’s what’s sad, in the end.”