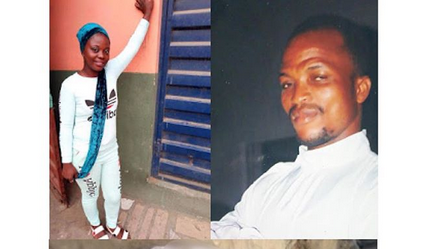 Man Buries Wife After Strangling Her To Death In Lagos

A 34-year-old man identified as Akinyemi Koja Edgar, is currently on the run after he allegedy strangled and buried his 28-year-old wife, Ajoke Kalejaiye Edgar, beside a well in Badagry, Lagos.
According to reports, the incident took place few streets away from their residence at Mowo, Badagry, on the 14th of December 2017, and was reported to the police by the Baale.

However, efforts to get the suspected husband have so far proven abortive. The deceased left behind three children.