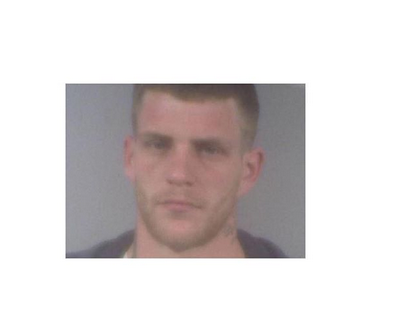 A jealous thug with a history of attacking women beat his partner after a row over the size of his manhood.
Nathan Galvin and his girlfriend of 10 months had gone to a school function where one of her ex-partners was also in attendance.

Galvin got upset and wanted to know whether the former partner had a bigger penis and gave her more pleasure in bed. He then grabbed his girlfriend’s hair, pulling out some.

8 days later, Galvin made similar remarks following another visit to the school. Canterbury Crown Court heard the argument led to a 20-minute attack at the victim’s Thanet home, which left her body covered “from head to toe” in bruises.

Now, a judge has told 29-year-old Galvin he is a danger to women after hearing four previous lovers and his sister had fallen victim to his violent tendencies.

But even after receiving a three-year jail sentence for the nasty assaults, the smirking Galvin, of Clements Road, Ramsgate, looked across to the public gallery and made a gun gesture with his fingers to his crying victim.

Just 15 minutes later, he was hauled back before the judge and given an extra four months for contempt of court. Judge Rupert Lowe told him: “You are a man who has significant problems with women, and a danger to society.

On these occasions you lost control on reality and the assaults on this woman were prolonged and disgraceful.”