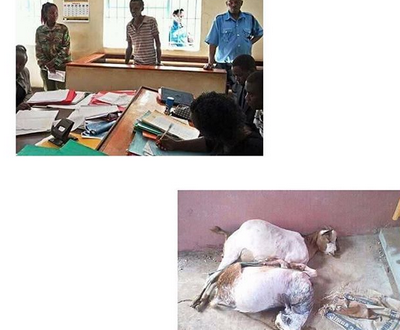 The Kenyan police have arrested a middle-aged man identified as Mbiti Munyao,in Kangundo constituency, Machakos, for allegedly raping two goats to death.
According to the area assistant Chief Mary Mulwa, Munyao was seen pulling the two goats from a bush where the animals had been tied on Saturday, January 13. The two goats were said to have taken their last breath after Munyao was done with them.

The accused was charged and bailed for sh100, 000 after he pleaded not guilty to the accusation. He was charged with an unnatural offense and unlawful killing of goats.