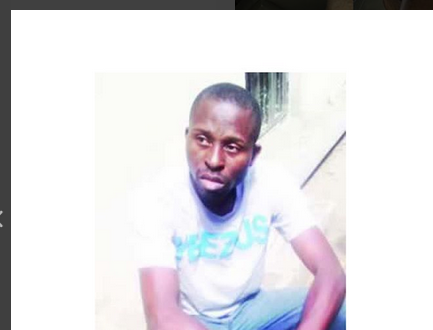 The Lagos State Government has taken an orphan, Basirat, into protective custody after she was allegedly abused by her teacher, then her sister’s husband.

Basirat had been put in the care of her sister who lived in the Ajah area of Lagos State, after her parents died in 2014 when she was barely 15.

She was enrolled in a private school in Ikota, where a teacher, Folorunsho Joseph, 34, allegedly drugged and deflowered her. Her sister’s husband, 37-year-old Mukaila Bello, allegedly took advantage of the incident and defiled her repeatedly until she became pregnant.

Bello, an indigene of Kwara State, has four children and works with a charity organisation on Victoria Island, Lagos State. After forcing Basirat to have an abortion in a chemist’s, Bello was alleged to have continued to have sex with her until she became pregnant the second time.

He allegedly took her to a hospital in the Orile area of the state where another abortion was carried out. The victim reportedly informed her grandparent, who relocated her to the Ijebu Ode, Ogun State to live with some in-laws.

Bello allegedly visited and defiled her at the new place, which resulted in a third pregnancy. He was said to have made her to have an abortion for the third time. The victim’s family members subsequently petitioned the Lagos State Office of the Public Defender.

Basirat was taken to the Mirabel Centre, Lagos State University Teaching Hospital, Ikeja, where medical tests were carried out on her. The test results reportedly confirmed that she was defiled.

The daughter of the man with whom Basirat lived in Ijebu Ode, Kaosara, said Bello was known to her family as Basirat’s boyfriend. .

Officials of the OPD were said to have reported the case at the Area J Police Command, Elemoro, and the suspect was arrested. The teacher who first raped her in 2014 and one of those who conducted the abortions have also been arrested.

The state Police Public Relations Officer, SP Chike Oti, also confirmed the incident, adding that the suspects had been arraigned in court on Friday.