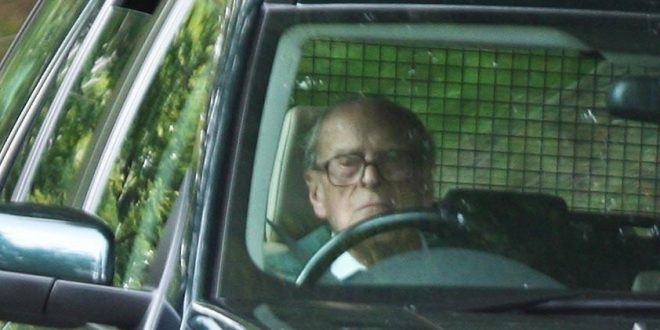 Prince Philip, only gave up his licence at the age of 97 – two years before he died.

The plucky nonagenarian is among thousands of would-be motorists who decide to hit the road later in life, new research shows.

Leading motoring association MotorEasy obtained a breakdown of the age profiles of people who applied for provisional driving licences in recent years and also found a 97-year-old and two 96-year-olds among last year’s crop of would-be learners.

Duncan McClure Fisher, founder and CEO of MotorEasy, said: “The saying goes that you are as young as you feel, and age doesn’t have to be a barrier to achieving something as big as passing your driving test.

“Many people find learning to drive a little daunting, so anyone who decides to take the plunge should be applauded no matter their vintage.

“These surprising figures show that rather than being cowed by their age and events such as the Covid pandemic, these plucky pensioners are embracing their independence and living life to the full.

“As long as you have the physical and mental ability to become a capable and responsible driver, it shouldn’t matter whether you begin at 17 or 99.”

MotorEasy asked the Driver and Vehicle Licensing Agency (DVLA) for a full breakdown of the ages and genders of people who applied for and were granted a provisional driving licence between 2016 and 2021.

The statistics show 16 is always the most popular age for learner drivers to begin the process, with 17 being the legal age to drive on UK roads.

This year, a total of 760 people over the pension age of 66 decided to learn how to drive.

Last year, the 99-year-old woman led the way in the oldest learner driver stakes, followed by two 95-year-olds and one 93-year-old.

There is no maximum age to learn how to drive in the UK, but once you reach the age of 70 your licence expires and you have to renew it every three years, rather than every 10 years for under 70s.

The oldest, just a year away from receiving a congratulatory telegram from the Queen, would legally have been able to drive as long ago as 1939 – the year World War Two broke out.

Her Majesty, 95, is among those still driving in their later years, with the monarch spotted behind the wheel of a Jaguar estate close to
Windsor Castle just last month.

Her late husband, Prince Philip, only gave up his licence at the age of 97 – two years before he died.

The DVLA does not disclose the locations of learner drivers as it could lead to identification.

Charles Igbinidu is a Public Relations practitioner in Lagos, Nigeria
@https://twitter.com/ionigeria
Previous Alec Baldwin admits career could be over after fatal shooting
Next Referee explains why controversial Arsenal goal against Manchester United “had to be given”