Home / Life and Style / Man, 78, ‘killed his 74-year-old wife with a hammer because he thought she was unfaithful’ 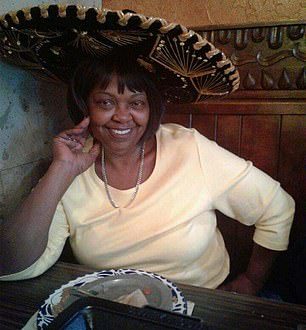 Ella Flora, 74, a wife, mother and grandmother from Washington state, was bludgeoned with a hammer on Monday. Her husband, James Flora, has been charged with her murder

Man, 78, ‘killed his 74-year-old wife with a hammer because he thought she was unfaithful’

An elderly Washington state resident has been arrested for allegedly bludgeoning his wife of 53 years to death with a hammer because he suspected her of cheating.

James Flora, 78, was booked into the Pierce County Jail in on Monday evening on a charge of first-degree murder in the death of his spouse, identified as 74-year-old Ella Joyce Flora.

Officers with the University Place Police Department responded to the Flora family’s home in the 5600 block of 61st Avenue West to perform a welfare check on the wife at the request of her husband at 12.45pm on Monday.

A short time prior, James Flora walked into Tacoma General Hospital and told staff that he had choked his wife during a fight at their home.

Officers rang the doorbell, but no one answered, so they entered the house through an open window. Inside, they found the 74-year-old victim dead.

An autopsy performed by the Pierce County Medical Examiner’s Office determined that the victim’s cause of death was blunt force trauma to the head.

Investigators said that James repeatedly struck his wife with a hammer and then put plastic wrap on her mouth and nose until she stopped breathing.

According to charging documents cited by Tacoma News Tribune, the couple had a volatile relationship and their neighbors reported often hearing screams coming from their house, including last Sunday.

James claimed his wife had been cheating on him for years and said he ‘knew it was occurring,’ prosecutors stated.

On Sunday night, James and Flora got into an argument after the woman allegedly sneezed into her husband’s dinner.

The pair eventually walked away from the fight, and James fell asleep in a chair.

During an interview with police, the 78-year-old claimed he woke up to find Ella trying to cut his dialysis tube and slit his wrist, inflicting two cuts.

James Flora went to the bathroom to tend to his wounds and returned brandishing a hammer, which he allegedly used to attack his wife.

‘He continued to strike her with the hammer and said that he could not stop,’ the court filings alleged. ‘When asked why he was hitting his wife with the hammer, he stated that it was because his wife was a “ho.”’ 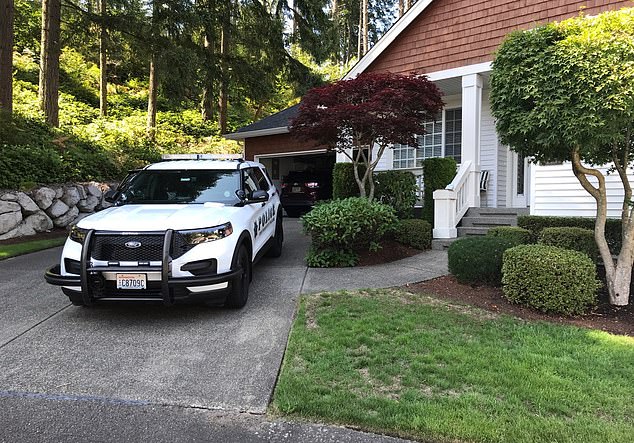 James Flora, 78, summoned police to his home in University Place after saying he had choked his wife

In an effort to muffle her screams, James said he put plastic wrap on her face.

‘He also stated that he was sorry, but “a man can only take so much disrespect,”’ according to the records.

The couple have two grown daughters and several grandchildren.

One of their daughters, Patrice Flora, wrote on Facebook of her mother’s killing: ‘How can you have 53 years of marriage and kill them like a wild animal!! I pray the hell you put my mother through in her final minutes you will experience every day until you die!!’

Charles Igbinidu is a Public Relations practitioner in Lagos, Nigeria
@https://twitter.com/ionigeria
Previous At least seven dead in car bombing near Somalia stadium
Next VIDEO: Former Policeman who confessed to raping and killing 83 women expresses ‘regret’, wishes he had been executed