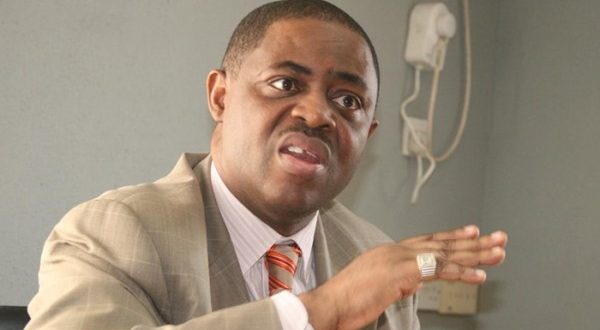 Maltreatment: If it was Abacha, many Chinese nationals would have been deported by now- FFK

Femi Fani-Kayode says if former dictator, late Sani Abacha was the one in power at this time, many Chinese nationals in Nigeria would have been deported following the recent alleged maltreatment of some Nigerians in China.

He said this in reaction to a video showing Chinese officials allegedly chasing Nigerians from their hotel and subjecting them to compulsory and involuntary quarantine.

”Foreign policy & diplomacy is based on reciprocity and mutual respect. Based on the way in which the Chinese Government is treating our people, I call on the FGN to arrest the same number of Chinese citizens that are here, seize their passports & quarantine them indefinitely!

Say what you like about Gen.Sani Abacha but one thing I know is that he would not have taken this nonsense from the Chinese. If he had been in power today many of them would have been deported by now and no Chinese doctors would have been allowed in!”.

Charles Igbinidu is a Public Relations practitioner in Lagos, Nigeria
@https://twitter.com/ionigeria
Previous Coronavirus : Recovering Boris Johnson called his pregnant fiancee Carie Symonds the moment he was given back his phone
Next It’s wrong to relax lockdown for religious reasons – Peter Obi