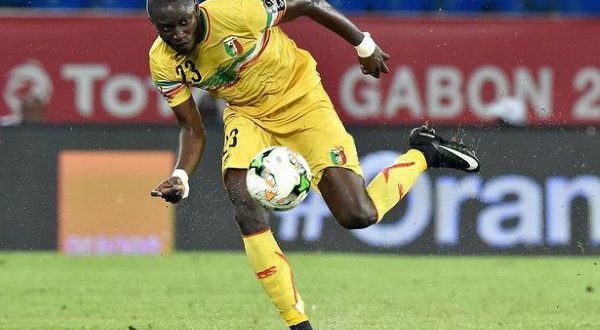 Coulibaly suffered a heart attack while playing for Al Wakrah

A match between Al Rayyan and Al Wakrah was abandoned after Mali international Ousmane Coulibaly suffered a suspected heart attack on the field of play, reports the Mirror.

The Paris-born defender, who has made 16 appearances for his country, collapsed to the turf in the first-half of the contest and was immediately tended to by the medical professionals in attendance at the stadium.

The decision was made to abandon the game after the severity of the situation was determined. As a result, Al Rayyan, who employ James Rodriguez, were handed a 1-0 win, with that being the scoreline at the time play stopped.

In truth, the result of the game would not have been high on the list of concerns of the Al Wakrah players after Coulibaly was taken to hospital in an ambulance after suffering a suspected heart attack.

An ambulance was brought on the pitch as Al-Wakrah defender Ousmane Coulibaly collapsed during the Qatar Stars League match against Al-Rayyan. Horrifying TV footage showed him struggling on the ground before medics rushed to help him pic.twitter.com/MNQa0Xy3y4

“During the QNB Stars League match between Al Rayyan and Al Wakrah on Saturday, Ousmane Coulibaly suffered a heart attack which required the intervention of medical and ambulance staff present at the venue,” a short statement released by the division said after the incident.

“It may be noted that the player is currently receiving necessary medical care and attention.

“The Qatar Stars League wishes the player a fast recovery, and we would like to thank the medical staff of both teams, paramedics and doctors for their great efforts during such events.

“Regarding the status of the match, it was agreed to end it and complete the remaining time later starting with the score when it was stopped (1-0 in favour of Al Rayyan).”

He has since been sent his well-wishes by current and former teammates as he recovers in hospital. We too will be crossing our fingers that Coulibaly will be able to make a full recovery.

Cardiac incidents of this nature bring bad terrible memories of Euro 2020, when Christian Eriksen collapsed during Denmark’s tournament opener. The Dane’s story had a happy ending – let’s hope Coulibaly’s does too.