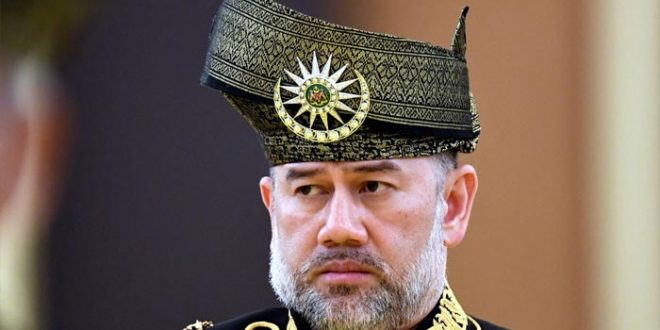 Malaysia is in a state of confusion after its king abdicated the throne at the weekend in a historically unprecedented move.

Sultan Muhammad V of Kelantan resigned as the 15th Agong, or Supreme Ruler of the federation, the National Palace said on Sunday.

The Sultan ruled for slightly more than two years, since December 2013.

Malaysia’s kings are usually selected on a rotational basis from amongst the country’s nine monarchical heads for a stipulated five-year term.

The king’s role is largely ceremonial, as most of the authority to govern is held by the prime minister and cabinet.

The next king in line is the Sultan of Pahang, but the 88-year-old’s ailing health has raised questions of who should rightly succeed.

The council of nine sultans met at the National Palace to determine who the next king will be.

The abdication was not entirely unexpected.

Rumours had been swirling that the king might step down after a rare meeting was convened amongst the country’s nine state rulers recently.

Sultan Muhammad had been on a two-month leave of absence since November, during which time reports and images surfaced that he had wedded former Russian beauty queen Oksana Voevodina in Moscow.

The palace has neither confirmed nor denied these reports, however the wedding sparked concerns that a foreigner might be inaugurated as Queen.

During the king’s absence, the Sultan of Perak Nazrin Muizzuddin Shah was ruling as Deputy King.

As recently as Friday, Malaysian Prime Minister Mahathir Mohamed denied rumours of an abdication, saying he did not receive letters or any official indication about the possible abdication.

Other political figures thanked the King for his service.

“The highest appreciation to Sultan Muhammad V for his service as the 15th Agong (King).

“We Malaysians pray that you will always be granted health and protection by God,” ex-premier Najib Razak wrote on Facebook.