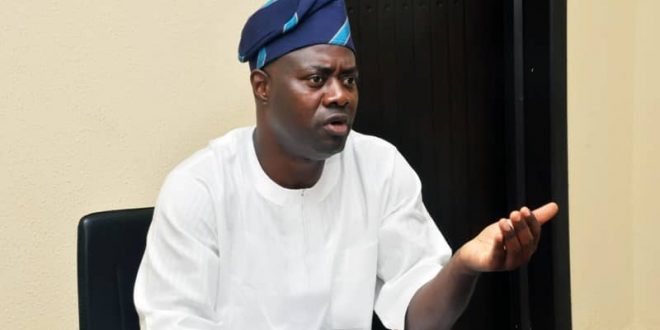 Mr. Seyi Makinde of the Peoples Democratic Party (PDP) has emerged winner of Saturday’s governorship election in Oyo state and has been declared governor-elect.

Prof Oluwatoyin Ogundipe, the INEC Returning Officer, who is also the vice chancellor of the University of Lagos, declared the result on Sunday evening at the State headquarters of INEC in Ibadan.

Ogundipe, said that Makinde scored 515,621 votes to defeat his closest rival, Mr Adebayo Adelabu of the All Progressives Congress(APC) who garnered 357,982 votes.

The PDP won in Ibadan North West Local Government Area with 20,715 votes as against 10,221 votes of APC.