Home / News / Politics / Makarfi Is Not Honest, He Is Working For Wike – PDP Chieftain 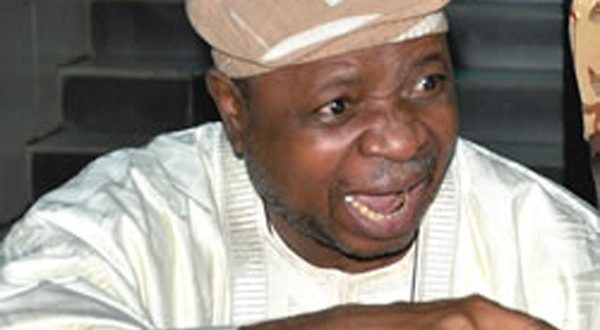 Makarfi Is Not Honest, He Is Working For Wike – PDP Chieftain

Ahead of the PDP national convention which holds on Saturday December 9, the party’s south-south stakeholders have endorsed Uche Secondus for the position of party chairman and this hasn’t gone down well with the southwest members who insist they should get the position.

A member of the Board of Trustees of the Peoples’ Democratic Party (PDP), Chief Ebenezer Babatope has accused the PDP caretaker chairman, Ahmed Makarfi of working for Rivers State governor, Nyesom Wike out of greed and ambition adding that it was the turn of the South-West to produce the National Chairman of the party.

Babatope said, “We (the Yoruba) will never be servile to anyone at all. And most importantly, we will never compromise on the position of the National Chairman of our great party.

Babatope, in a statement he personally signed said the South-South stakeholders were being unfair to the South-West, whose turn, according to him, it was to produce the next PDP national chairman.

“It is our turn! And this much must be respected. Anything less than this is outright unacceptable. This is why Makarfi must recuse himself from the composition of all committees of the convention.

“Makarfi is not honest. He is working for Wike. That is the absolute truth.

“The crass insistence and the insulting protestation of Governor Nyesom Wike that the South-South is the zone providing succour to the PDP is rather crude and insensitive. And it is not true. Right from the formation of the party, the Yoruba people have been consistent in their devotion and loyalty to the party. And they have been very supportive in financial fillip to the party.

“But Wike is not really the one to blame. The fault solely lies with Senator Ahmed Makarfi who is blinded by personal ambition and apparent greed that could not make him think clearly and selflessly about the issue at hand.

“It is Makarfi who has deliberately mangled and distorted the micro-zoning tradition of our great party which has given the PDP well over 16 years of inclusive and all embracing accommodating nature.

“Now the very fundamental fabric and dominating principle of the party is torn asunder. We are no longer at ease.

“The pronouncement of the South-South Stakeholders is not only provocative, it is divisive, skewed, untidy, and a blatant slide into tribal political arrangement. Do they think the good people of Oduduwa land will just sit down and take it? They are dead wrong.”