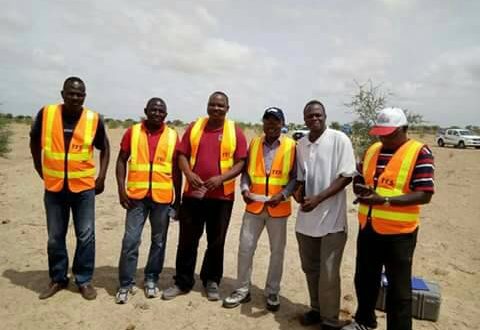 Some of the UNIMAID geologists brought to Maiduguri dead, some still missing

The Academic Staff Union of Universities (ASUU), University of Maiduguri (UNIMAID) chapter, said five staff of the university were killed by Boko Haram insurgents, after they were purportedly kidnapped.

Dr Danny Mamman, the Chairman of the association told newsmen in Maiduguri that four lecturers were still missing.

The insurgents on Tuesday attacked a team of geologists who were on an oil exploration exercise in Lake Chad basin.

The team comprised staff of Nigeria National Petroleum Corporation (NNPC), geologists, members of Civilian Joint Task Force (CJTF) and military personnel.However, the Nigerian Army, in a statement on Wednesday, said it had rescued all the victims.

Brig Gen Sani Kukasheka Usman, the Director, Army Public Relations, said that nine soldiers and one civilian were killed in the attack.

He added that the soldiers had recovered all the corpses in the rescue operation.

However, a morose Mamman said that five staff of the institution were killed in the attack.

He explained that the deceased comprise two geologists, two technologists and a driver.

“We were first elated when we heard that the military rescued the victims. But, to our dismay we discovered that they were all killed.

“Our initial hope to see them alive was dashed. The soldiers brought only dead bodies.

“Four other staff are still missing and we are seriously concerned about their safety, we do not know their whereabouts,” he said.

The Chairman gave the names of two of the victims as Ibrahim Yusuf and Aji Kolo.

Authorities at the university are yet to issue statement on the incident.

Meanwhile, Governor Kashim Shettima has condemned Tuesday’s  attack on the geologists and exploration workers from the Nigerian National Petroleum Corporation, (NNPC) and the University of Maiduguri.

Shettima made the condemnation in a statement issued on Thursday in Maiduguri by his Special Adviser on Communication and Strategy, Malam Isa Gusau.

He said that since he first got information concerning the attack on his way to visit President Muhammadu Buhari in London, he hasn’t been his normal self and is yet to recover from the shock of the attack.

“I haven’t been myself normal self since I received information of that attack. What happened in the first instance was a tragic setback in the fight against Boko Haram and in Nigeria’s effort to expand its economic fortunes.

“I am deeply pained by this incident especially coming at a time when we were beginning to pick up the pieces of our lives,’ Shettima said.

He added, “Even though the attack should never have happened given the successes recorded by the military and multi-national joint forces since 2015, I nonetheless still deem it necessary to commend the military for re-mobilising and countering the initial gains of the insurgents.

“On behalf of government and people of Borno State, I mourn and salute the soldiers and our sons in the civilian JTF who paid the supreme price by giving their lives in this fight.”