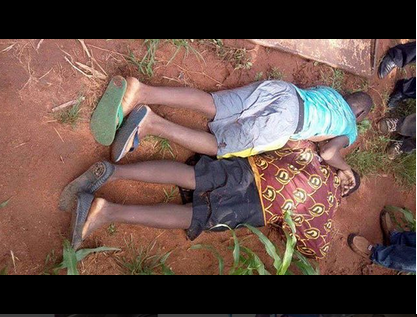 Lovers Aged 12 and 16, Killed By Lightning While Chatting

Two young lovers were on the 15th of January, 2018, at about 6pm, killed by lightning at Mzondo Kachimbwinda vg (ear Dzenza), TA Chitukula, Lilongwe, Malawi.
The deceased were in a relationship and were chatting in a maize field when rain, with thunderstorm, started. Their bodies were discovered this morning, with signs of lightning.

Their parents reported the matter to the police and officers visited the scene and moved their corpses to the Kamuzu Central Hospital where medics confirmed that death was caused by lightning.