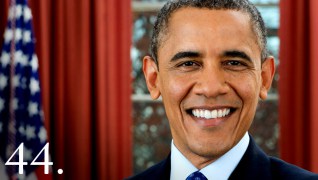 Rodeo Road in Los Angeles, will soon be named as Barack Obama Boulevard.

The president of the Los Angeles City Council said he has introduced a motion to rename the street in the city after the former US President.

Councilman Herb J. Wesson Jr. announced the initiative on his twitter account, saying that he wanted to change the name of a street in his district from “Rodeo Road” to “Obama Boulevard.”

“Nine years ago I had the honor of introducing then Senator Obama at his first campaign rally held at Rancho Cienega Park on Rodeo Road,” Wesson tweeted.

“Our council district is home to Washington,” he wrote.
Wesson is the first African-American to hold the position of Los Angeles City Council president.

“Rodeo Road,” roughly 5 km long, is the place where then Senator Obama held his first Los Angeles campaign rally after announcing his candidacy for president in 2007.

Los Angeles already has a number of streets named after former presidents, including Washington Boulevard, Adams Boulevard and Jefferson Boulevard.

It’s not the first plan to honour Obama in the second largest city of the United States.

The California State Senate last month backed a plan to rename a stretch of the 134 Freeway running through the LA northern suburb after Obama, who attended Occidental College in Eagle Rock area nearby in 1979

Spread the loveThe Pentagon is readying up to 8,500 U.S. troops to potentially deploy to …