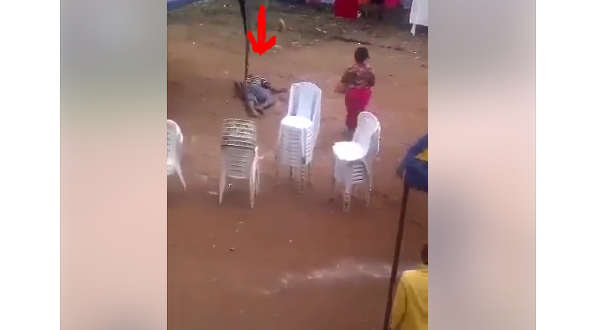 Lol!!! Watch How A Man Was Knocked Down By Single Punch While Trying To Defend A Lady

This is really hilarious. A video footage trending online shows how a man was knocked out with a single punch while trying to defend a lady who was fighting with another guy.

The man tried to attack and beat a young man who was fighting with a lady in public.

Onlookers tried to stop the fight between the young man and the lady as they held each other before the man decided to step in and fight for her.

The young man gave him a single punch which threw the man off balance as he collapsed and had difficulty in getting up.

Watch the video below;