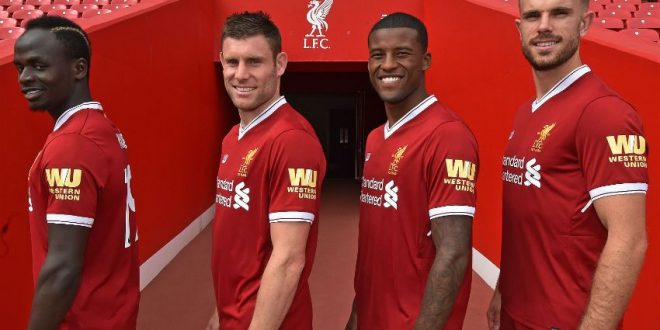 The Reds have called for an unprecedented summit after violent scenes marred the first leg at Anfield.

Liverpool have called for an unprecedented meeting with UEFA and Italian police amid security fears in Rome.

The Reds are due to travel to the Stadio Olimpico for the second-leg of their Champions League semi-final against Roma.

But after violence marred the first-leg at Anfield, Liverpool want to ensure the safety of their travelling fans and want talks with authorities on Friday, report The Mirror .

Tensions mounting after the sickening attack on an innocent, blameless bystander by Roma ultras outside Anfield this week, the English club have been forced to call an extraordinary meeting to address issues that have yet to be addressed.

Liverpool issued a statement this afternoon detailing the meeting, which they say is necessary because Italian authorities have provided NO guidelines for their fans who will attend the game, despite obvious and serious security concerns.

“Liverpool Football Club is continuing to do everything in its power to provide supporters travelling to Rome next week with the most comprehensive safety and security advice,” the statement read.

“The club has taken the exceptional measure of requesting an extraordinary meeting in the Italian capital, which will take place on Friday, April 27.

“Present at the meeting will be all the major stakeholders, who share responsibility for the wellbeing of Liverpool supporters making the journey to watch the Champions League tie.

“At the behest of Liverpool , club officials will join AS Roma, UEFA and the relevant Italian police and security services to discuss specific ongoing concerns.

Liverpool have sought clarity on a number of issues surrounding the match-day operation and is hoping (to receive) reassurances and essential information. This, if provided, will allow the club to fully inform supporters of the measures that will be in place.”

The Anfield club have urged those fans without tickets not to travel, as tensions mount following the actions of a group of Roma fans during the first leg, who made several attacks on innocent victims right outside the stadium, wielding hammers, batons and belt buckles.

Sean Cox, a 53 year old Liverpool fan from Co Meath in Ireland, is in a critical condition in a Walton hospital following the attack, with his family today speaking about their devastation. Two Italian men have been charged in relation to the incident.

The English club have called the unprecedented meeting with UEFA and Roma, because they have been constantly frustrated in their attempts to resolve many issues with Italian authorities, who are responsible for all security arrangements at the Stadio Olimpico.

Roma don’t own their ground and so are reliant on Rome’s authorities for policing and stewarding. But in the past this has caused major security issues, with Ultras – hardcore fans – apparently sometimes given responsibility for those measures.

Liverpool have raised the issue since the draw was made on April 13…and have still to receive any reassurances for some serious problems, including information on:

*Provision of a safe and secure shuttle service for fans to and from the ground. Liverpool have offered to meet all costs.

*What time fans can arrive at stadium, and confirmation when turnstiles open.

*Clarity on enforcement procedure and potential implications of regulations demanding supporters names on tickets (this could leads to hundreds being locked outside the ground if they are refused entry).

*What bags are allowed.

*Which area of the city needs to be avoided by supporters.

*Which safe routes supporters should take if not able to take shuttle.

Usually, this information is provided by home clubs to the travelling opposition long before the tickets for the game are issued, but Liverpool are now faced with a fraught situation, without being able to offer any guidelines to their fans.

There are now just six days left before the game, and the clear concern for the clubs and UEFA is that Italian authorities have simply not prepared for such a potentially explosive meeting.

Tensions are heightened by incidents surrounding the last meeting of the two clubs in Rome in December 2001 when Liverpool fans were attacked, and several were stabbed.

Despite several meetings and exhaustive correspondence, Liverpool remain concerned about match day security and operational plan, and they are hoping tomorrow’s meeting will prompt the Italian authorities to take more urgent action to ensure the safety of their fans.

Spread the love Infantino, 50, has reported mild symptoms and will quarantine for at least …