LIVERPOOL have confirmed the signing of Benfica striker Darwin Nunez for a club record fee of £85million.

The 22-year-old Uruguayan became one of the most sought-after forwards in Europe after a sensational season with the Portuguese outfit.

He netted 34 goals in 41 appearances – while also contributing four assists.

The South American even netted against Liverpool in both legs of their Champions League quarter-final last season.

A move to Manchester United was mooted, but it is now Merseyside where the talented youngster will be playing his football.

“I’d like to thank my partner and my parents and my son, who is a real source of pride for me. They’ve been really important to me in the stages in my career.

“I’m really proud of them, and for the work we do, me and my partner, as a team and I’m grateful to her that I’m here.

“It’s a pleasure to be here in Liverpool and I’m very happy to be a part of this great club.

“I’ve played against Liverpool and I’ve seen them in lots of games in the Champions League, and it’s my style of play. There are some great players here and I think it’s going to suit my style of play here.

“As I say, I’ve watched quite a lot and it’s a very big club and I hope I can give everything that I’ve got in order to help the team.”

He will wear the number 27 shirt at Anfield, recently vacated by cult hero Divock Origi.

Nunez added: “When I arrived at the training ground, I was really surprised to see the set-up and the structure and all the trophies here.

“You can then imagine yourself winning more trophies and then later on when you come here again and see the trophies on display, you can say, ‘Look, I was a part of that, I was there at that time, winning trophies.’

“That’s one of the reasons why I came here to Liverpool – to win trophies and titles. I want to win a lot of trophies at Liverpool.”

However, Mane has been heavily linked with a move to Bayern Munich this summer.

With one year left on his contract, the 30-year-old is keen for a new challenge having won every trophy on offer with Liverpool.

Bayern are desperate to bring him to the Allianz Arena, but they are currently £8m short of matching Liverpool’s asking price.

Meanwhile, Nunez’s arrival at Anfield follows Liverpool’s acquisition of Fabio Carvalho from Fulham earlier on in the window.

Jurgen Klopp’s men have also been linked with the likes of Arsenal star Bukayo Saka and Aberdeen youngster Calvin Ramsey. 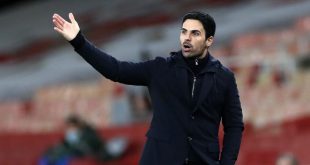