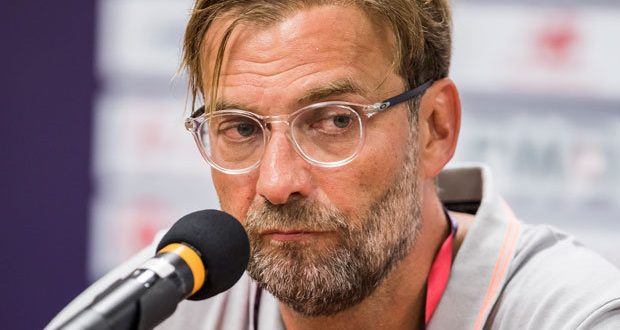 Liverpool manager Jurgen Klopp said “nobody has to worry about me” as he dismissed social media rumours he was ready to quit the club or take a break.

The Reds lost a third league game in a row when a late collapse saw them beaten 3-1 at Leicester on Saturday.

The defeat left the champions in fourth place and 13 points behind leaders Manchester City.

“Did I get the sack or did I leave by myself? I do not need a break,” said Klopp.

Klopp was unable to return to Germany recently for his mother’s funeral because of Covid-19 travel restrictions.

He received a show of support from fans when a banner showing support for him was put up at Anfield at the weekend.

“The banner is nice but not necessary. I don’t feel I need special support at the moment,” he said.

“The last thing I want to do is talk about private things in a news conference but, privately, we had a tough time. We always deal with it as a family, 100%.”

Klopp said Liverpool’s title defence was over after the defeat by Leicester following a campaign marred by major injuries and his side’s struggles seeing them pick up just nine points form the last 30 in the league. 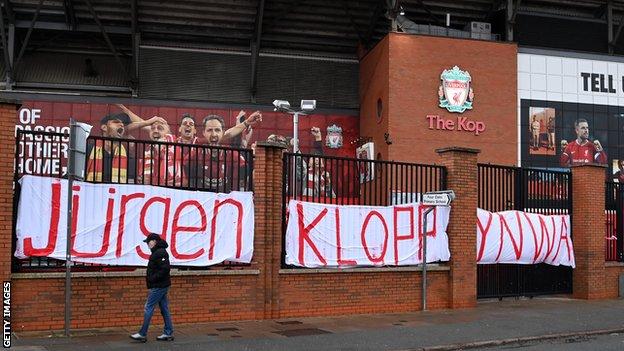 He will take his side to Budapest in Hungary to play RB Leipzig in the first leg of their Champions League last-16 tie on Tuesday after game was moved away from Germany because of the country’s Covid-19 travel restrictions.

Klopp added: “Nobody has to worry about me. I might not look like this because the weather is not cool, the beard gets more and more grey and I don’t sleep a lot but I’m full of energy. The situation is a challenge.

“I don’t want to have the situation but I see it as an interesting challenge. We will sort it.

“It could be tricky but we are sorting it by playing football, by sticking even more together, fighting with all you have and learning more than you can in each season you have played before. That is the plan we have.

“It’s a massive challenge, I’m ready and boys are ready and we give our absolutely everything to sort it.

“Thanks for all the support. I’m very grateful but they can think about other things because nobody has to worry about me.”

Liverpool captain Jordan Henderson said “deep down we know as players we take full responsibility” for the side’s poor form and it was down to them to improve results.

He also dismissed the rumours about Klopp as well as a confrontation between left-back Andy Robertson and goalkeeper Allison in the dressing room after Saturday’s defeat at Leicester.

“Someone is sitting behind a keyboard making rumours up about the manager and players in the dressing room. It’s not true.

“I quite like the rumour about Robbo and Ally having a fight, that made me chuckle a little bit. But I didn’t give it a lot of thought.”