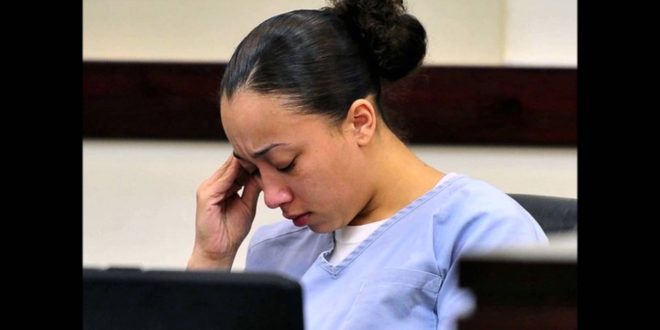 A child sex slave has been jailed for life for killing the man who used her but her story has spurred the world into action with people calling for her release using the hashtag #FreeCyntoiaBrown.

Cyntoia Brown, who is being held in a prison in Nashville, was physically, sexually and verbally abused. Cyntoia Brown was only 16 when she was picked up by a 43 year old Nashville real-estate agent, Johnny Mitchell Allen. Prior to that, she had been living on the streets following a horrible childhood spent in foster care. She then met a pimp named cut-throat who then forced her into prostitution. She was then sex trafficked by the pimp to Johnny Allen.

Brown explains how there was always a gun being pointed at her. She was being hit, choked and dragged all the time to get her to do what her pimp wanted her to do. She testified that she and Allen agreed to meet up in a local hotel, but he brought her to his home instead. She  said she felt “uneasy” in Allen’s home and that he even showed her the gun collection he had in his house

In her 2004 trial Cyntoia said of Allen: “He was a sharp shooter in the Army. I’m sitting here thinking if he does something, what am I going to do?”. 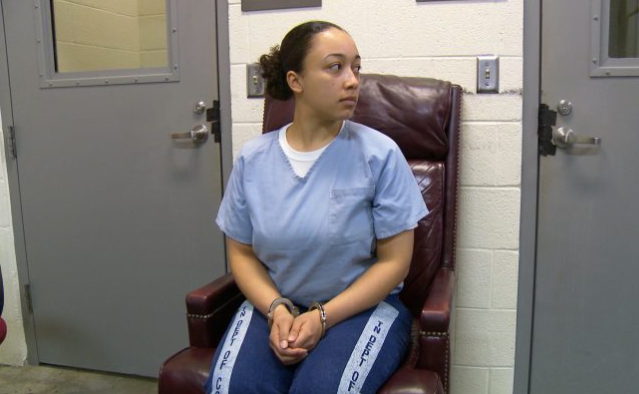 Brown comes from a family where the women all suffered sexual abuse. Cyntoia, her grandmother, and mother were all raped. She said her abuse made her paranoid and she ended up killing Allen out of fear for her life.

A report explaining the details of the killing read: “He drove her back to his house where his strange behavior frightened her and made her want to escape. When she couldn’t sneak away, she said she wanted to nap. He lay down with her but didn’t fall asleep. He kept getting up and standing over her. She became more panicked, convinced something was going to happen to her. Finally, she shrugged off his advances and, as he rolled over, she took a gun from her purse and shot him once in the head.”

Brown admitted that she shot and killed Allen but did so because she feared he would kill her. However, prosecutors argued that Brown robbed Allen after she killed him, with his pants, wallet, and some guns in her possession when apprehended.

At the age of 16, she was convicted of murder for killing the Nashville realtor who’d bought her for sex. The jury sentenced Brown under the law at the time giving her life in prison. She’d only be eligible for parole after serving 51 years. She would be 67 then. 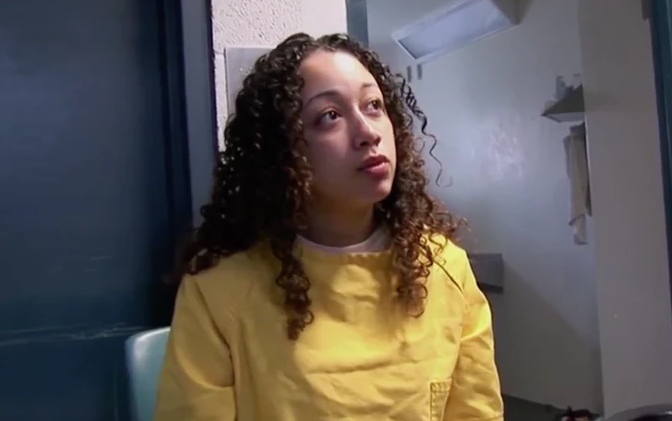 Cyntoia’s has been behind bars for years. Her story resurfaced recently because of social media and it has touched a lot of pople. A campaign has been started by people who want her set free. The very dedicated group of people working on a clemency campaign for Cyntoia want the Governor and the Parole Board to really look at the unique factors of her case.

From behind bars, Cyntonia has graduated from Lipscomb University with an Associates Degree. She’s now working on her Bachelors while working side by side with the courts and the Juvenile Justice system as an unpaid consultant. All this she’s doing from jail.

Now, thousands have taken to social media using the hashtag #FreeCyntoiaBrown to fight for her freedom.