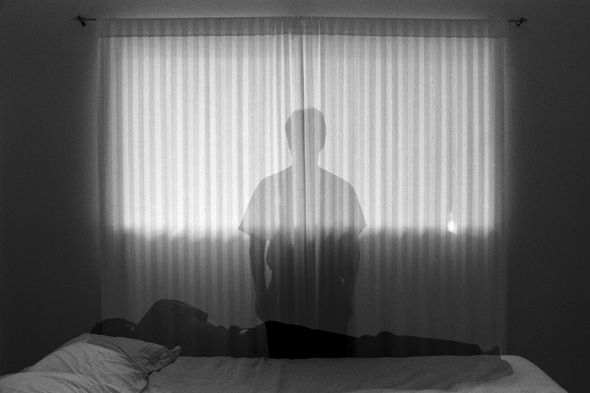 "I experienced something, and that something was nothing.”

Life after death: Man who ‘died TWICE’ in SHOCK revelation about heaven

IT IS something that we have all thought about in our lives, but a subject that we all know very little on.

Life after death is a complete mystery to everyone and it will probably remain that way until you get there.

Or, more likely, it could turn out to be nothing.

Either way, it will continue to pique our interest until the day it arrives.

However, for some people the day has already come, only for these people to be brought back from the dead.

A Reddit user by the name of r00tdude gave his account of what he claims it is like to be dead, twice, and for anyone waiting for a heavenly paradise, he says you are out of luck unfortunately.

His first ‘death’ came as a result of a motorcycle accident where he died for two minutes because his “body shut down from the pain and physical damages on my body. No pulse, no breathing and no consciousness”, he wrote on Reddit.

His second, he said was because “I was in agonising pain after surgery so I received loads of pain killers. The pain, coupled with an immense amount of pain killers, caused my pulse to drop to around 10bpm and my respiratory system shut down.”

On the experience of being dead, he chillingly wrote: “It was just black emptiness. No thoughts, no consciousness, nothing.

“Both times I was just ‘not there’. It was just all black. I would describe it as when you take a nap. A short nap with no dream, you wake up and it feels like you’ve been sleeping a long time, when in reality it’s only been about 15 minutes.”

However, he was quizzed on whether it was “just black” or if he has experienced a memory lapse.

But he responded with certainty: “It was definitely not just a gap. Much like a dreamless nap, you don’t just wake up and feel like time just jumped ahead.

“So yes and no. I experienced something, and that something was nothing.”

A person who just uses the name Emmanuel gave an even more bleak account on Q&A site Quora, by claiming: “There was no pain, just darkness, extreme vulnerability, extreme fragility and nothing else. It wasn’t even revolting or scary.

“Just infinite sadness and nothingness. After a while in intensive care, my life came back to me.”

A chilling emptiness seems to be a recurring theme around many who have temporarily passed away, with is seeming that there is no actual afterlife.

User Terrance also wrote on Quora: “I had an experience. There’s no bright light. Jesus didn’t appear through the fog.

“It’s just an acceptance of reality, a definite end, like finishing a book. I just felt life slipping away, getting really tired, and all I could think of was the things I didn’t accomplish.”

However, for some there were heavenly apparitions – maybe they were the good ones, or maybe a lack of oxygen to the brain was causing hallucinations.

Dea said: “My first thought after I saw a gorgeous white light at the top of a mountain in front of me was, ‘Oh my God. I’m dead’.

“There were many other people walking up the mountain towards the light. But I was furious. All I could think about was how I had been to the emergency room so many times and had been blown off and ‘now I’m dead.’

“I did not look down at my own body unfortunately, but the other dead people just looked like regular people. I had for the first time in many years absolutely no pain at all. I was just angry.”

She added: “After a few minutes [of being clinically dead], my cousin sort of popped right in front of me and told me, ‘Deanne, go back’.

“I haven’t been called Deanne since I was a kid.

“When I turned around to see what she meant by ‘back’, I Was slammed into the bed at the hospital.”