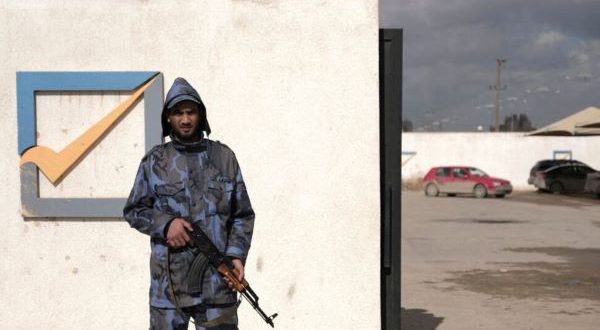 TRIPOLI (Reuters) -Libya’s parliament said Friday’s planned presidential election would not go ahead and did not name a new date, leaving the internationally backed peace process in chaos and the fate of the interim government in doubt.

The statement by parliament’s election committee was the first official announcement of a delay, which had been widely expected amid ongoing disputes over the rules, including the eligibility of several divisive major candidates.

At stake is a peace process that had been seen as the best hope in years of bringing an end to the decade of chaos and violence that has engulfed Libya since a NATO-backed uprising ousted Muammar Gaddafi in 2011.

Very large numbers of Libyans had already registered for voting cards for the election in what politicians on all sides in Libya have said is a sign of strong popular desire for a vote.

However, with mobilisations in Tripoli and other western areas by armed groups, the collapse of the electoral process risks aggravating local disputes and triggering a new round of fighting.

Disputes over the path forward could also undo the wider U.N.-backed peace process between Libya’s main eastern and western camps that have maintained a ceasefire since last year.

Some figures in the east have warned of a new breakaway government that would return Libya to the division between warring administrations that lasted from the last election in 2014 until the installation of the current interim government.

Factions, candidates and foreign powers have been talking behind the scenes about whether an election can still take place with a short delay or whether a longer postponement is necessary to reach agreement on the legal basis of the vote.

U.N. special adviser Stephanie Williams said on social media she had been meeting members of the political forum that set the electoral process in train last year and reiterated the need for “free, fair and credible elections”.

Meanwhile, the status of the interim government that was installed in March as part of the same peace process is also at risk, with the eastern-based parliament having withdrawn confidence from it in September.

The electoral committee’s statement on Wednesday added that the government’s mandate would expire on Friday. However, other main factions and political institutions may stick with the government, which is also recognised by the United Nations.

The election was originally called through a U.N.-backed roadmap that envisaged simultaneous parliamentary and presidential elections on Dec. 24 – Libya’s national day.

However, there was no agreement on the constitutional basis for the election or on the rules among the country’s fragmented political institutions.

In September the speaker of parliament Aguila Saleh, himself a presidential candidate, issued a law that his critics said was not properly passed through the chamber, deviated from the roadmap and was crafted to benefit himself and his allies.

That law, which split the presidential election from a later parliamentary one, formed the basis of the electoral process, although powerful factions and leading candidates rejected it.

With little agreement on the rules, or on who would enforce them or adjudicate disputes, the entry of highly divisive candidates into the presidential race triggered the collapse of the process.

The three most prominent candidates, eastern commander Khalifa Haftar, the son of the former dictator Saif al-Islam Gaddafi and interim Prime Minister Abdulhamid al-Dbeibah, were also the three most divisive.

Haftar was unacceptable to many in western Libya after his 2019-20 assault on Tripoli that smashed parts of the capital. Gaddafi was convicted of war crimes by a Tripoli court and is detested by many of those who fought in the 2011 revolt.

Dbeibah had promised when he was installed as premier that he would not run in an election and his continued work as prime minister in the run-up to the vote led many of his rivals to say he had an unfair advantage.