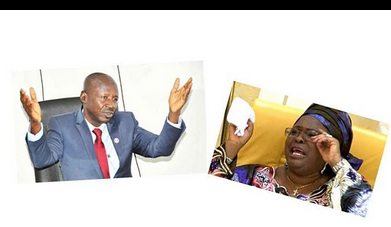 Former First Lady, Patience Jonathan has asked for out-of-court settlement with EFCC.
In a January 30, 2018 letter, titled “Proposal for out-of-Court Settlement of all cases related to Dame (Mrs.) Ibifaka Patience Jonathan,” she told the EFCC of her intention to settle the matter.

The letter, which was written by her counsel, Chief Ifedayo Adedipe (SAN), is being considered by the EFCC. The letter read in part: “We believe that an amicable settlement will be in the best interest of both your commission and our client.

We assure you of our utmost commitment and sincerity of purpose in this connection, and we solicit your cooperation in this regard. Please, accept the assurances of our warm regards.”

Her letter came as EFCC stumbled on more startling information on how she piled up dollar deposits in Skye and First banks, including how she lavished part of the money.

According to a report, she blew thousands of dollars at highbrow stores in various capitals of the world. The cash came from $11.8m, which EFCC said 31 individuals and companies paid into her two domiciliary accounts.

Previous 2019: Nigeria Will Regret Having Youth As President — Sagay
Next FIFA Rejects Neymar’s Denouncement Against Barcelona Over Unpaid Bonuses