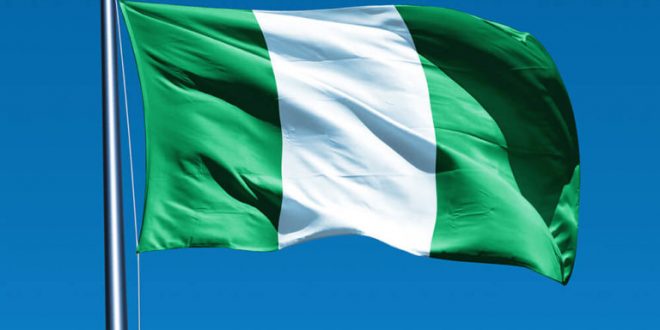 Koreyo in a letter to President Muhammadu Buhari, made available to the News Agency of Nigeria (NAN) in Abuja, said he was demoted for a period of eight years by the management of the institution and urged the President to endorse his request.

NAN discovered that a directive was given by the Federal Government in 2007 directing all lecturers to produce additional qualification relevant to the job they do.

It was gathered that the 7th Governing Council of the institution gave Koreyo two years to produce a foreign institution master degree in Ceramic Science and Engineering or he would be dismissed from service.

Koreyo from Nasarawa State, said that the management of the polytechnic refused to communicate the information to him in written.

He alleged that since 2010 till date, the institutions had refused to approve his application for staff development opportunity because the Igbo constituted principal officers in the school.

He also said that several communications to the institution from the Head of Service of the Federation (HOSF), Attorney General of the Federation (AGF), Servicom and host of others, on the issue was in his favour for reinstatement.

Koreyo also accused the ministry of Education for allegedly writing a counter-directive letter to the rector to disregard the government directives issued by the HOSF and AGF.

According to him, this is social injustice that is not in line with the 1999 constitution of the Federal Republic of Nigeria.

“I love to continue as citizen of this great nation on earth.

“But since I do not have the financial power or connection to challenge the Rector to obey the Federal Government’s directives in my favour, I decided to take this peaceful action.

“I believe this peaceful action and step of honour will prevent the rector from killing me by premeditated frustration of my constitutional rights to social justice as the citizen of Nigeria.

“I have nursed this feeling of suicide to end these eight years of frustration by the Rector and officials of the Akani Ibiam Polytechnic division of tertiary education department of the Federal Ministry of Education.

“And have decided the renunciation of my citizenship by birth will be the best way to peacefully end my quest for social justice at the ministry of education and finally resign from Federal Public Service of Nigeria,” he said.

However, a staff of the ministry of education told NAN, on condition of anonymity, said that the ministry was already looking into the matter.

According to him, the matter is also before the newly constituted council of the institution.

He urged Koreyo to be patient as the new council would resolve the problem.

“I just got to know that the new council was already handling the matter and it is a national issue.

“ The Federal Government has constituted a body to look into this problem because it is a general problem and not peculiar to him alone.

“ A directive was given to some staff to go and acquire more knowledge and those that brought their master degrees in relevant disciplines were upgraded.

“But in his own case, where he got his masters is not relevant and is not in line as at that time.

“I want to say that the matter is before the new council so he should exercise patient,” the Ministry source told NAN.

Meanwhile, the authorities of Akanu Ibiam Federal polytechnic, Uwana in Afikpo noted that the decision of the institution was in compliance with the directive of National Board for Technical Education (NBTE),

Dr Edmond Oyeneho, a former chairman of the Academic Staff Union of Polytechnics, Akanu Ibiam Federal polytechnic, Uwana chapter, told NAN in Afikpo that the institution was acting on instruction.

According to him, NBTE in 2007 introduced a policy aimed at ending the dichotomy between polytechnic and University education in Nigeria.

He said the policy, which upgraded the course content of Polytechnic education to be at par with University education, also mandated lecturers in Polytechnics without Master degrees in their core areas to upgrade.

He explained that the policy took about three years before its implementation started across Polytechnics in Nigeria.

He noted that many lecturers in the polytechnic system, who had fallen short of the new requirements had to enroll for either Master in Science or Master in Arts degrees programmes in their core areas.

“At the expiration of the three years grace period all Polytechnics in Nigeria including Uwana implemented the policy by demoting all lecturers in the system without Master’s in their core areas to lecturer 1.

“Those who went and remedied their situation came back and were reinstated to their former positions.

“Koreyo was therefore in line with the policy demoted from the senior lecturer position he previously occupied to lecturer 1 because of his failure to upgrade his situation.

“He is a lecturer in the department of Ceramics and Glass Geology but he went to Federal University of Technology, Owerri (FUTO), to do a Master degree programme in Management Project and was awarded Master Business Administration (MBA).

“The academic programme did not fulfill the NBTE requirement because MBA is a professional programme, while Master of Science (M.Sc) is an academic qualification required to teach in Polytechnics and universities, ” Oyeneho said.

Oyeneho, a senior lecturer in the Department of Public Administration and Director, Internally Generated Revenue in the institution, criticised Koreyo’s threat to denounce his Nigerian citizenship.

He said that the institution would not be blackmailed and forced to reinstate him to his former position in disregard to existing policy direction.

“He is not alone in the situation and it will be a disobedience to existing NBTE policy to isolate him for preferential treatment.

“The MSc programme was sponsored by TETFUND with N5 million study grant and affected lecturers receive their full monthly salary throughout the duration of the academic programme,” he added.