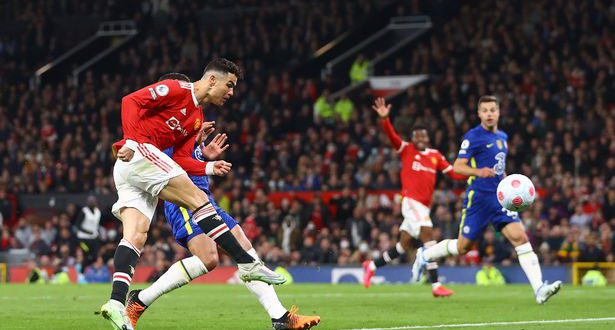 Another club has reportedly pulled out of the mix to sign Cristiano Ronaldo from Manchester United after labelling the move ‘unfeasible’.

With Ronaldo wanting to leave Old Trafford to win major honours, most of Europe’s biggest teams have been linked. They include Bayern Munich, Chelsea and Paris Saint-Germain.

On July 17, Bayern CEO Oliver Kahn revealed he has no plans to capture Ronaldo from Manchester United.

“I love Cristiano Ronaldo and everyone knows what a fantastic player he is,” the former goalkeeper said.

““But every club has a certain philosophy and I’m not sure if it would be the right signal for Bayern if we signed him.”

Chelsea owner Todd Boehly had been considering an ambitious swoop for the striker. However, the Blues no longer hold an interest in the move, as per the Daily Mirror.

PSG have the finances to take Ronaldo to Ligue 1 for the first time. The fact they have Kylian Mbappe, Lionel Messi and Neymar in attack currently makes a bid extremely unlikely.

Ronaldo’s former club Sporting Lisbon were said to be in talks over a loan move recently. The Portugal international put an end to those rumours though by calling them ‘fake news’.

On Monday, reports put Atletico Madrid in line for the shock signing of Ronaldo. Such a transfer would make headlines around the world due to the player’s hugely successful time at their rivals Real.

But according to Spanish newspaper Marca, Atletico have no plans to sign Ronaldo before next season.

Officials at the Wanda Metropolitano believe the potential move to be ‘unfeasible’ due to economic issues.

Atleti wouldn’t have the funds to match Ronaldo’s wage demands. In Manchester, he earns a reported £385,000 a week, while other sources have put it at £480,000 per week.

Atleti’s current highest earner is thought to be Antoine Griezmann, who takes home around £350k every seven days.

Griezmann’s deal puts the Spanish outfit under enough financial pressure as it is. Signing Ronaldo could start to put them in debt.

There is also the issue of a transfer fee. Ronaldo’s United contract runs until next year, which means Atleti couldn’t get him on a free transfer.

They want to use their funds intelligently, improving Diego Simeone’s squad with hungry young players.

Ronaldo is still a winner, but at 37 he is no longer at the peak of his powers. Atleti would only get a couple of years out of him too, so their money could be better spent elsewhere.

The most likely situation now is for Ronaldo to stay at United. Erik ten Hag insists the attacker has a future there, so it would be wise for him to accept this offer.

Ronaldo could help to take the club into a new era under Ten Hag’s guidance. It might not be trophy laden, but it would help to maintain his brilliant relationship with United fans.

Meanwhile, Bruno Fernandes has been speaking about the tactical changes Ten Hag is making at United.