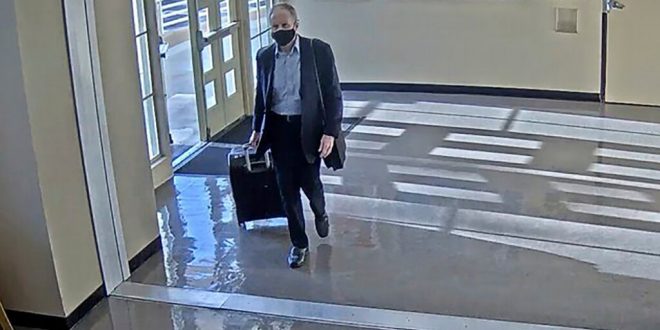 Roy Den Hollander was captured on a surveillance camera in Union Station in Los Angeles. He killed a lawyer nearby. Credit...San Bernardino County Sheriff's Department, via Associated Press

Lawyer Who Killed Judge’s Son Had List of Possible Targets

The list was found after the lawyer killed himself and had more than a dozen names, including three other judges and two doctors.

An openly misogynistic lawyer who is believed to have killed the son of a United States’ female federal judge in New Jersey had a list of more than a dozen other possible targets, including three other judges and two doctors, three people with knowledge of the matter said.

The list was found on Monday inside a rented car on a rural road in the Catskills in New York, where the lawyer, Roy Den Hollander, 72, had killed himself.

Hours earlier, law enforcement officials believe, Mr. Den Hollander walked up to a house belonging to Judge Esther Salas on a suburban street in North Brunswick, N.J., and fatally shot her 20-year-old son when he answered the door. He also critically wounded her husband. The judge escaped unharmed.

Investigators have now concluded that Mr. Den Hollander traveled eight days earlier by train to California to murder Marc Angelucci, 52, a men’s rights lawyer whom he considered a professional rival. Mr. Angelucci was also shot on his doorstep.

Judge Salas and Mr. Angelucci were included on the list found in the rental car, along with at least 10 other people with whom Mr. Den Hollander apparently had scores to settle, including three jurists: New York State’s chief judge, another federal judge in New Jersey, and a state judge in Manhattan who, like Judge Salas, had presided over a case he brought.

Also on the list were two oncologists in Manhattan, at least one of whom had treated Mr. Den Hollander, two of the people said.

While his precise motive for making the list remains unclear, Mr. Den Hollander had received a terminal cancer diagnosis, and F.B.I. agents earlier this week were exploring whether that news set him off on a mission of revenge against those he believed were his enemies.

A spokeswoman for the F.B.I.’s Newark office, which is investigating the shootings with the U. S. attorney’s office in New Jersey, declined to comment on the list. The United States attorney’s office did not respond to a call seeking comment.

A highway worker discovered Mr. Den Hollander’s body at about 8 a.m. on a grassy pull-off outside the small town of Rockland, N.Y., about a two-hour drive from the judge’s home, according to a law enforcement official.

He was wearing a blue blazer, a green-collared shirt, gray slacks and black dress shoes, and he lay about 12 feet from the rental car, a 2020 Toyota Corolla. He had a single wound to his head. A Walther .380 pistol was next to him. 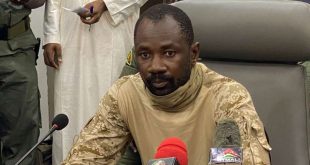