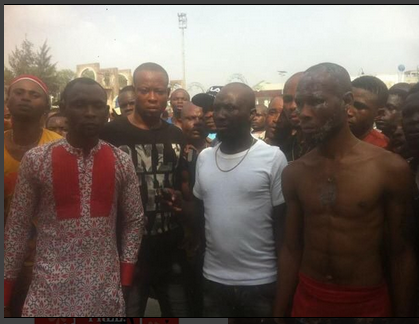 Hundreds of Don Wanney’s fighters, who had earlier rejected all government’s overtures to them to surrender their arms have finally done so.
They surrendered their arms including explosives, rocket launchers and high-calibre rifles such as AK-47, at Heroes Square yesterday.

Emenike Agamu, known in the underworld as ‘General Red Scorpion’ and the fourth in-command in the Don Waney cult gang, surrendered his arms to security operatives in Owerri, Imo State.

Members of the group, after the Omoku killings in Rivers state on New Year’s Day, were declared wanted and its leader, John Igwedibe (aka Don Waney) was gunned down in Enugu by security agents.

His younger brother was shot dead days later. Red Scorpion surrendered alongside other Don Wani boys who had earlier rejected the government’s amnesty offer. He confessed that the militant group killed many people and blew up many oil pipelines