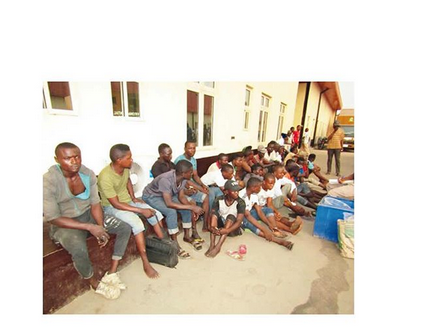 Lagosians Jailed For 5 Months For Illegal Dumping Of Refuse

33 Lagos residents have been jailed by the Samuel Ilorin Magistrate’s Court, Ogba, to different terms of imprisonment and community service for violating the state Environmental Sanitation Laws 2017.

The offenders were apprehended by operatives of the Lagos State Environmental Sanitation Corps (LAGESC) on Tuesday, January 30, 2018, for illegal street trading, indiscriminate dumping of refuse and illegal crossing of the highways.

The Magistrate, Ogundare Olayiwola, was said to have sentenced each of the accused on one count of indiscriminate dumping of refuse to five months’ imprisonment, with an option of N20,000 fine.