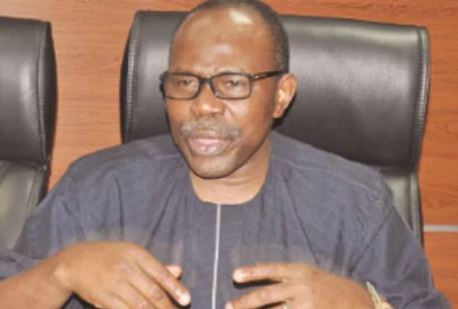 The Deputy Speaker of Lagos State House of Assembly, Wasiu Eshilokun Sanni has dragged former commissioner and current National Legal Adviser of All Progressives Congress (APC), Muiz Banire before a Lagos High Court in Ikeja over forgery of his purported withdrawal letter from the 2015 election into Lagos Island Constituency 1 of the House.

Sanni, who filed the suit alongside two APC chieftains; Babatunde John Kehinde and Alhaji Kazeem Olatunji, is asking the court to declare Banire as not a fit and proper person to keep occupying the office of the party’s National Legal Adviser due to the forgery of the purported letter of withdrawal, series of anti-party activities and breach of several provisions of the APC Constitution.

In a 37-paragraph affidavit detailing Banire’s alleged atrocities, Sanni said that having scaled through the nomination and screening of aspirants processes, he contested the primaries of APC on December 2, 2014 along with seven other aspirants and emerged as the party’s candidate for election into Lagos Island Constituency 1 of the House of Assembly by pooling 186 votes out of the total number of 279 valid votes cast, with his closest rival, Akeem Masha pooling a distant 70 votes.

Sanni said upon the announcement of his name as the winner of the primaries by the party, he received several congratulatory messages including from the then APC flag bearer for the 2015 Governorship election in the State, Mr Akinwunmi Ambode (now Governor), while the party issued him with the nomination form as its candidate for the election. However, Sanni said in gross violation of his legal right as the duly elected candidate of the party, the Independent National Electoral Commission (INEC) unlawfully substituted his name with that of Masha as the candidate of the party for the election based on a false withdrawal letter caused to be written by Banire in his capacity as National Legal Adviser to INEC.

Dissatisfied with the development, Sanni approached the Federal High Court in Lagos and in a judgment in suit with reference number FHC/L/CS/34/2015, Justice Mohammed Buba upheld the reliefs sought and ordered his reinstatement as the lawful candidate of the APC. Sanni said ever since Banire unlawfully substituted his name and caused a purported withdrawal letter to be written, the party was yet to set any machinery in motion for him to explain or justify why the letter was written, adding that by the development, Banire had betrayed the confidence reposed in him as the National Legal Adviser and his standing as a legal practitioner, a Senior Advocate of Nigeria and a bencher.

Besides, Sanni accused Banire of involving in series of anti-party activities and breach of several provisions of APC Constitution such as Article 21 (a) (ii), Article 21 (a) (v), Article 21 (a) (v), among others. For instance, the Deputy Speaker recalled the unauthorized publicity of the party’s dispute in Lagos State which Banire made in the Punch of July 1, 2017 and Premium Times of July 10, 2017 respectively without reference to APC Lagos State Congress or the national executive committee, as well as exhausting all avenues within the party hierarchy in the State or the national level.

He also said that Banire, in breach of Article 21 (a) (x) of the party’s Constitution, filed an action in court against the Chairman and other principal officers of the APC in Lagos State without first exhausting all avenues provided for in the Constitution of the party. Based on the foregoing, Sanni is asking the court for a declaration that having breached the established legal principles but not limited to the provisions of the APC Constitution (2014), Banire be removed as National Legal Adviser and a declaration that he is entitled to be expelled from the party or vacate office with immediate effect in accordance with Section 21 (d) (v) for the suit he instituted against the state chapter concerning the conduct of primaries for Local Government election and denouncing the entire process.

In the alternative, Sanni is asking that having regard to the provisions of APC Constitution including but not limited to the fact that the defendant had been engaging in anti-party activities likely to cause a breach of peace amongst the party members, an order should be issued by the court mandating the APC leadership to take appropriate disciplinary measures against Banire.

Previous Photos: Woman Set 10-Year-Old Girl’s Buttocks On Fire In Kaduna
Next Russia Expels 755 US Diplomats In Response To Sanctions