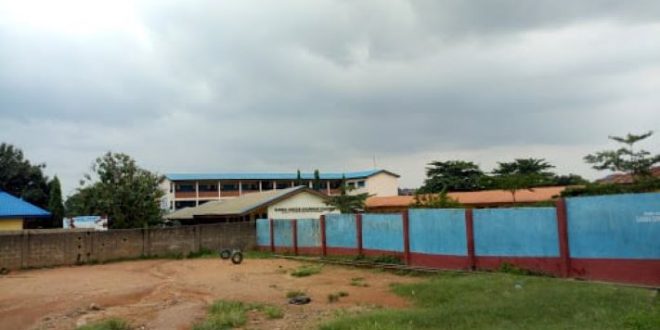 Commissioner for Education, Folashade Adefisayo, announced the closure when she visited the school on Wednesday.

A trailer had on Tuesday crushed some pupils of the school. Some of the students died on the spot, while some others were injured.

The incident sparked outrage among the students and inhabitants of the area.

Early this morning, students of the school protested the death of their colleagues.

Also, some parents trooped to the school on Wednesday to protest the death of the students.

They lamented that school was not immediately shut down after the incident.

One of them said, “Why should the school reopen. The street is still smelling of the flesh of dead bodies. The exam should be postponed and students given automatic promotion is possible.”

While weeping, a mother lamented that “It is embarrassing that the school reopened today. How will the government do such? What do they want other mothers to be thinking of. My daughter is not in school and I have come to tell them that she must not fail. If they are heartless, I am not.”

Meanwhile, the General Manager of Lagos State Traffic Management Authority, Bolaji Oreagba, has disowned the allegation that officials of the agency were involved in the unfortunate truck accident.

Oreagba said, “From the reports we received on the incidence, the driver is believed to have lost control of the vehicle, probably because of mechanical reasons. The police are investigating the matter; the public should await their report.

Charles Igbinidu is a Public Relations practitioner in Lagos, Nigeria
@https://twitter.com/ionigeria
Previous Four lecturers at a leading university in Morocco in court over offering students better grades in exchange for sex.
Next Saudi Arabia Bars Nigerian Flights Over Omicron