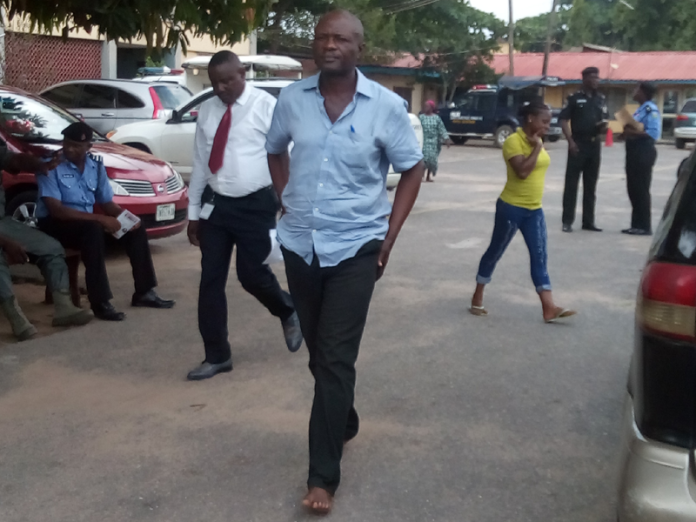 Lagos Police to Charge Lekan Shonde for Murder of wife

Spread the love
Mr. Lekan Shonde, the husband of Late Mrs. Ronke Shonde, who he allegedly murdered in a case of domestic squabble, will tomorrow being Friday be charged to court for murder.

This is coming a day after the autopsy report conducted by the Lagos State University Teaching Hospital (LASUTH) declared that the deceased died of respiratory seizure and bruises on the head.

Confirming this at exactly 8.09pm, the state Police Public Relations Officer, Dolapo Badmos, a Superintendent of Police, said the suspect has a case to answer.

In a terse text message sent to THISDAY she said, “The autopsy has revealed that Mr Lekan Shonde, the alleged killer of his wife has case to answer. Therefore he will be charged to court tomorrow (Friday) to answer a charge of murder.”

Thus, the suspect would tomorrow be charged to Ebute Metta Magistrate Court in Lagos, to answer for the role he allegedly played in his wife’s death.