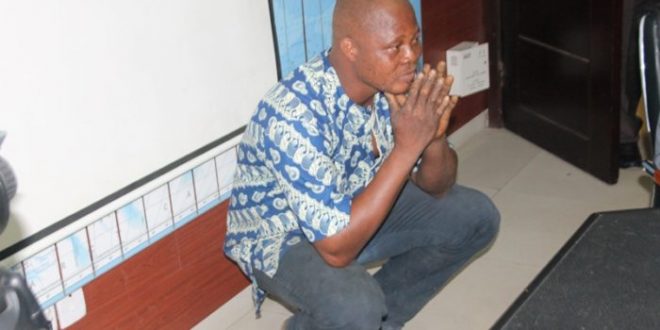 The Lagos State Government has warned residents fond of deliberately dumping refuse in unauthorized places to henceforth desist from such act or face the full wrath of the law, even as it arrested a PSP operator for dumping heap of refuse at Iyana Oworo area of the state.
This warning was issued by the Commissioner for the Environment, Dr Babatunde Adejare during an Operation Deep Clean exercise which the State Government is currently embarking upon in collaboration with Visionscape to rid the State of refuse black spots.

The Commissioner, who affirmed the commitment of the government to the attainment of a sustainable environment, frowned at the ugly development whereby some anti- progressive forces strive to frustrate the efforts of the state government by deliberately creating black spots of refuse to give the impression of non-performance by government.

Adejare, who recalled that the Akinwunmi Ambode Administration, being so passionate about the environment, had taken the bold step to initiate a reform in the sector with the introduction of a holistic, more sustainable and more efficient system to replace the old order, stressed that Lagosians would be the direct beneficiaries of the new system aimed at eradicating diseases, attaining a livable State, creating wealth and job opportunities for the people.

The commissioner said that the state government, bearing in mind the challenges of transition to the new system of Solid Waste Management, had inaugurated the “Operation Deep Clean” in the State.

The operation which took effect two weeks ago has accounted for the clearing of over 12,600 tonnes of waste from illegal dumpsites across the State.

Meanwhile, a PSP operator, Sanya Adeniyi, who was caught dumping a truck- load of refuse at Iyana-Oworo area of Lagos, was paraded to the media.

Adejare said that the perpetrator would be handed over to the Lagos State Environmental Sanitation Corps (LAGESC) for prosecution according to the Environmental Laws of the State. He told Lagosians to always report anyone engaging in such acts.