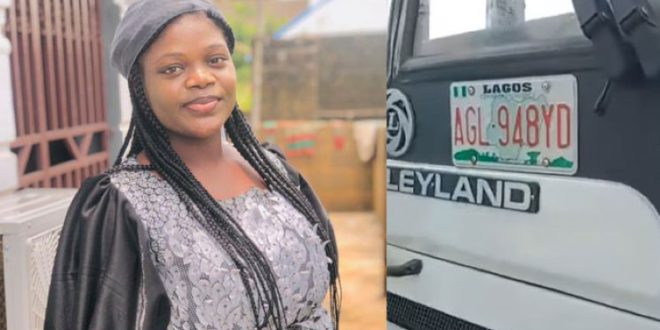 Lady Who Got Missing After Boarding BRT Found Dead

This has resulted in outrage with #JusticeForBamise trending on social media.

It was gathered that Bamise’s corpse was dropped on Lagos Island with some vital organs missing.

The young lady went missing on Saturday, February 26, while returning to Ota from Ajah. She boarded a BRT bus with number 240257 going to Oshodi at about 7 p.m. at Chevron Bus-Stop.

The police in a statement on Sunday night confirmed that she was missing. They also assured that an investigation has commenced into the incident,

The police statement also explained that two persons have been arrested in connection with the crime.

“As soon as the report got to the police, the investigation into the circumstances surrounding the disappearance of the lady was immediately initiated.

“To ensure a speedy and diligent investigation, the Commissioner of Police, CP Abiodun Alabi, fdc, mnim, psc, immediately directed the State Criminal Investigation Department, Panti to take over the case.

“In the course of an ongoing investigation, two suspects have been arrested and are currently helping in our investigation,” the police statement read in part.

Sadly, her body was found dumped by the roadside, and an unidentified man reportedly informed officials of Ebute Ero Police Station on Saturday evening.

The corpse was later taken to the Mainland Hospital mortuary.