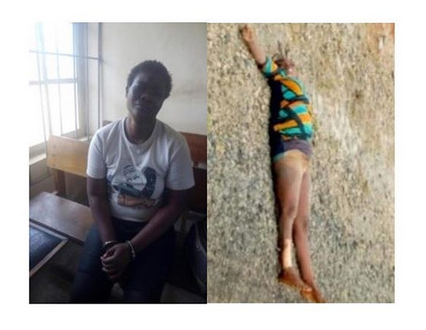 A Magistrates’ Court sitting in Osogbo, Osun state, has ordered the remand of a 23-year-old woman, Jimoh Simiat in Ilesa prison custody for allegedly killing her friend, Esther Oge, while both were engaged in a fight.
The police prosecutor, Inspector Mustapha Tajudeen informed the court that the incident occurred on February 10, around Fountain University area, Osogbo, as the body of the deceased was found lying by the road side.

Giving her account of the story, the accused person however, said she only went to Esther’s house to confront her after she was said to have told her new boyfriend that she is a prostitute.

Previous I Have Sodomized Only Eight People – Suspect
Next Busted!!! Teenagers Caught In The Act As Police Raid Motel