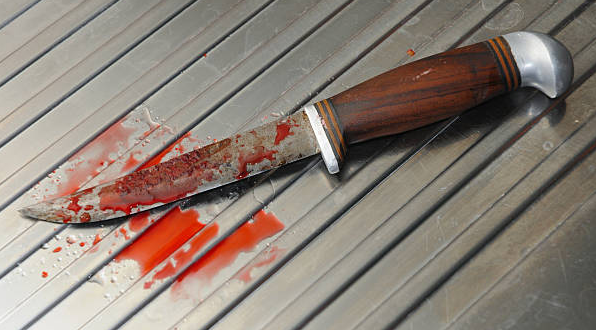 Laborer Arraigned For Stabbing Man In The Face

The Police on Tuesday arraigned a 20-year-old labourer, Ali Muhammed, in a Karmo Grade 1 Area Court, Abuja, for allegedly stabbing another man, Mubarrak Abdullahi, on the face.

Mohammed, a resident of Kado Village, Abuja, is standing trial on a two-count of joint act and causing hurt.

The defendant, however, pleaded not guilty.

Earlier, the Prosecutor, Mr. Dalhatu Zannah, had told the court that Abdullahi of same address with the defendant reported the incident at the Life Camp Police Station on March 2.

Zannah said the complainant and the defendant had a misunderstanding which they settled.

He, however, said that on the same date at 11: 10 p.m., the defendant and one Kabiru now at large violently attacked the complainant.

“The defendant and his accomplice violently beat the complainant for no reason and in the process the defendant stabbed him in the face with a knife,’’ Zannah said.

The prosecutor alleged that it took the intervention of some policemen from Kado Team B Out-Post to rescue the complainant.

He told the court that in the process, the defendant was arrested and his accomplice ran away to an unknown destination.

The prosecutor said the offences contravened Sections 79 and 247 of the Penal Code.

He ordered that the surety must reside within the court’s jurisdiction and must submit his current utility bills.

The judge adjourned the case until March 28 for hearing.

Previous BREAKING: Russian Plane Crashes At Syria Base, Kills 32
Next JAMB Official Makes U-turn, Says N36m Collected By Her Superior And Not Snake