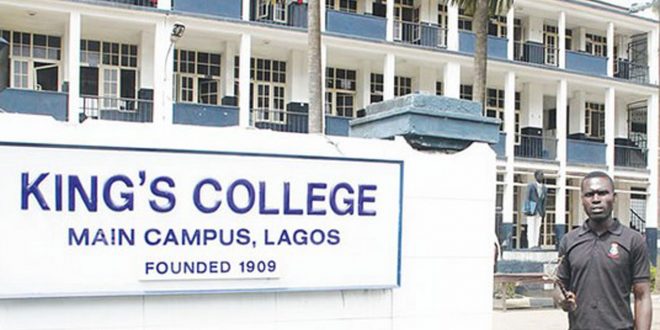 The Principal, King’s College Lagos, Mr Andrew Agada has assured parents of the safety of their children and wards in the face of the ongoing unrest in the state.

Agada was speaking against the backdrop of reports in some quarters that the main campus of the 111-year-old all-boys institution was attacked and set ablaze by some unknown persons on Wednesday.

The report was said to have created panic among the parents.

The principal told News Agency of Nigeria (NAN) on Thursday that contrary to the report, the students especially those in the boarding house were safe.“I want to seize this opportunity to appeal with my parents to remain calm as the children are all safe and secured.“I have been receiving a lot of calls from all over in respect to reports that the college has been set ablaze as a result of all these uncertainties. But the information is not correct.

“I think because of the closeness of King’s College to the City Hall that was set ablaze, people misjudge it to be the college.

“Parents should go about their normal activities, as security has been beefed up around the institution. The students are also in good care. Let us all continue to pray for normalcy to return to the entire country,’’ Agada said.

NAN reports that trouble started when on the night of Tuesday, Oct. 20, an unconfirmed number of unarmed protesters were attacked at the Lekki-Epe toll gate, by some unknown gunmen.

Many sustained various degrees of injuries.

The Lagos State government had at about 12 noon of the same day, declared a 24 -hour curfew.

The shooting incident led to reprisal attacks by some unknown persons, that left several critical infrastructures in the state torched, including the City Hall, near King’s College, along Catholic Mission Street on Lagos Island.