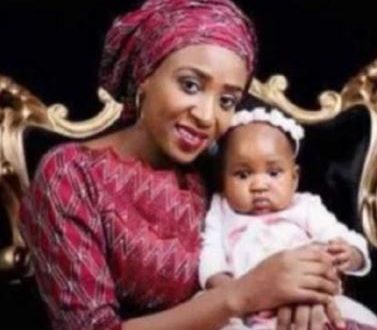 Maryam Sanda, the woman who killed her husband last year, organized a birthday party for her daughter one day after she was granted bail by a High Court in the Federal Capital Territory.

Maryam was sent to prison after she stabbed her husband Bilyamin Bello to death last November. She was granted bail on Wednesday, March 7 based on medical reports which indicate she is pregnant and ill.

The day after she got home from prison, she organized a birthday party for her 1-year-old daughter, Alisha. Sources say the party held at her mother’s residence on Thursday and was attended by close family members.