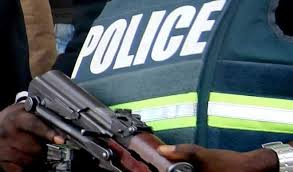 The abductors of Mrs Tina Inegbagha, the wife of the paramount ruler of Ayakoro community, Ogbia Local Government Area of Bayelsa, have demanded a ransom of N100 million to free her from captivity.

Some yet to be identified gunmen, had on Dec. 16, invaded the coastal settlement to abduct the monarch’s wife and Mr Egele Jack, the Principal of Government Craft Development Centre, Ayakoro.

Mr Majesty Inegbagha, a member of the monarch’s family, told NAN in Yenagoa on Friday that the abductors had now contacted the family with the demand.

“The ruler, who is my elder brother confirmed that the kidnappers called him and demanded for the sum of N100 million.

“Although, the family is pleased to know that the woman is alive, the thought of raising that sum of money has created additional challenge to the family,’’ Inegbagha said.

He expressed optimism that the ruler’s wife and the school principal would regain their freedom, following prayers and the efforts by security agencies.

The Commissioner of Police in the state, Mr Asuquo Amba, said that the incident was being investigated.

Amba also said that following the upsurge in violent crimes in Bayelsa, the Inspector-General of Police (I-G), Ibrahim Idris, had sent a special squad to complement the efforts of the state police command.