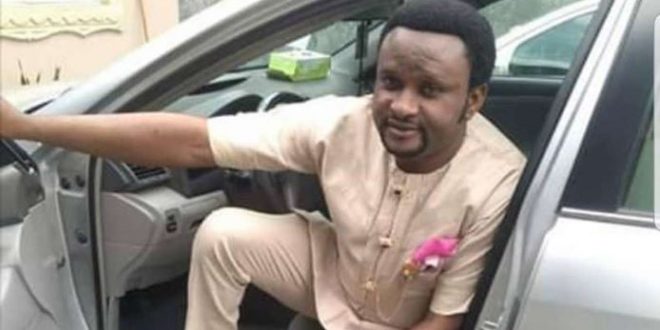 Kidnap gang has been arrested by operatives of the anti-kidnapping unit of the Rivers State police command for allegedly hanging one Mr Ereba Dinabari on a tree till he died after collecting N1 million ransom for his release.

The suspects, Osundu Uchendu, aged 25, and Amebulem Amos, aged 23, were arrested during a follow-up operation on Dinabari’s abduction, which occurred at Woji in Port Harcourt on May 15, this year.

The operatives traced the suspects to Okrika Local Government Area of the state, where they were hiding. It was gathered that the victim was killed following a misunderstanding between the gang leader and his members who felt the victim failed to pay the agreed ransom, not knowing that the leader had already collected the money.

Dinabari was kept in the forest for five days and on the fifth day, the gang hung him on a tree in a forest at Alesa, Eleme Local Government Area of the state, where he died, and his body decomposed.

It was learnt that the confessions of the two suspects led police operatives to the forest where the victim was killed. When operatives of the anti-kidnapping unit and the Police Public Relations Officer, Nnamdi Omoni, were led into the forest yesterday by the suspects, the victim’s decomposing body was found tied to a tree while the skull was seen on the ground.

Admitting to the crime, Uchendu said: “Our Oga called us that there is someone he knew we need to go after and when we kidnapped him, he agreed to pay us, but after some days, we didn’t see the money. So, that brought misunderstanding between us and the man because we felt he was deceiving us.

“He was trying to be smart, so we got angry on the fifth day and tied him to the tree until he died, and his body decomposed. I located the thick forest when I came to search for work around here,” he added.

Speaking with newsmen, Omoni said the deadly gang was arrested in the cause of investigation into the kidnap of Dinabari.

“The confessions of the suspects led the operatives to a forest at Alesa in Eleme LGA, where the victim’s decomposing body was found tied to a tree. The Toyota Camry (spider) car belonging to the victim was recovered.

“The suspects have confessed to have carried out several many around Woji, Abuloma, Peter Odili Road and Eleme communities. Investigation is still ongoing, and they will be charged to court as soon as investigation is concluded.”

Cases of kidnappings and killings appear to be on the rise in the state. It would be recalled that two weeks ago, operatives of the anti-kidnapping unit arrested a notorious kidnapper and serial killer, one Anthony Ndubuisi, who abducts and kills his victims after collecting their money and property at his residence in Umuebulu Etche, Rivers.

The suspect was arrested through intelligence led policing and upon interrogation, confessed to have carried out many kidnappings and killings of his unsuspecting victims, including three foreign nationals and a Nigerian.