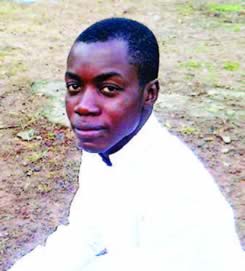 Suspected kidnappers have killed the chaplain to the Bishop of the African Church , Ondo Central Diocese , Revd . David Ayeola.

The gunmen shot Ayeola dead in a botched rescue operation after the church declined to pay the N 100m ransom thekidnappers demanded .

The African Church had offered N 500, 000 instead . ionigeria learnt that the remains of the victim had been deposited in a morgue .

Our correspondent gathered that Ayeola , the bishop , Samuel Ojo ; and the bishop ’ s wife were travelling to Abeokuta, Ogun State , from Imojo Ekiti , Ekiti State , when they were waylaid by the gunmen on the road . The bishop , his wife , Ayeola , and the driver of the car were said to have fled into the bush .

A source said , “ While others escaped, the chaplain was caught and abducted by the gunmen.

“ They later contacted the headquarters of the church at Akure and demanded N 100m . The church , however , offered them N 500, 000, which they turned down. ”

Another top leader of the African Church said the church ’ s leadership involved the Ekiti State Police Command in the rescue of the priest .

He explained that while trying to buy time with negotiation, the police also closed in on the hideout of the abductors.

“ On Saturday, the police swooped on the hideout of the kidnappers and there was an exchange of gunfire between them .

“ The police team was overpowered and the kidnappers decided to shoot the priest . He was shot in the side ; they ( kidnappers ) left his corpse behind . The family has taken the body to the morgue , ” he added .

When contacted , the Diocesan Public Relations Officer , Alex Akande, said he could not talk about the incident, adding that the church ’ s leadership would meet on Monday ( today) .

He said , “ The case is with the police. I don ’ t want to divulge too much information because I need to get clearance from the church ’ s headquarters . We will be having a meeting tomorrow ( Monday ); maybe I can talk after that. ”

ionigeria learnt that Ayeola was not married and he had only recently finished from the seminary.

A check on his Facebook page showed that although he rarely used social media, he sometime waxed philosophical .

“ People may say many things about you , but what you say about yourself matters most . I know I shall accomplish the purpose of God for my life in the land of the living in Jesus Name. Do have a happy night rest friends , ” his last post read .

He said , “ Yesterday evening ( Saturday) , we received intelligence about where the reverend was being kept by the kidnappers . The police and some hunters went to rescue him . We discovered that the place was a very thick forest .

“ When the kidnappers noticed that the police and the hunters were coming , they shot the reverend and escaped.

“ We went after them for a while, but the team had to turn back when it was getting dark . This was to avoid endangering the lives of members of the team in a terrain that the kidnappers may be more familiar with . We took the reverend to a general hospital , but sadly , we lost him . ”