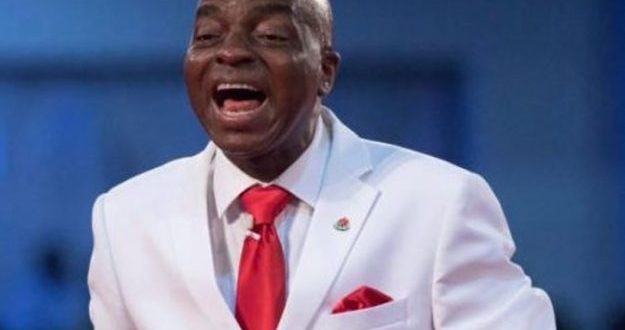 Three members of the Living Faith Church Worldwide have been kidnapped at Osara community along Lokoja-Okene road in Adavi Local Government Council of Kogi State.

ionigeria.com  learnt that the kidnappers invaded the church when some of its members were rehearsing during the weekend.

It was gathered that the kidnappers shot sporadically into the air to scare away residents and security personnel while whisking the victims into the forest.

The Chairman of Adavi Local Government Council, Joseph Omuya Salami, confirmed the abduction of three members of the church, through his special adviser on media and publicity, Habeeb Jamiu.

He said the council chairman had visited the scene in company of the Divisional Police Officer (DPO) of Osara Division, adding that the council was working in synergy with security agents to see how the victims will be rescued.

“Even before now, we had a series of meetings with the people of Osara Community and entire farm center. And I told them to restrict every night activities for now, and whoever that want to hold any activity in the night should get appropriate quarters informed and also get their approval to ensure that adequate security is provided, but out of their disobedience, they chose otherwise,” the chairman said.

The chairman, therefore, advised residents of Osara to be security conscious and think about their own safety at all times.

“We all know the security challenges of this country, and the administration of Alhaji Yahaya Adoza Bello is doing everything humanly possible to keep Kogi State safe, protect lives and property. So, all hands must be on deck to strengthen the peace in our various communities,” he added.

The spokesperson of the Kogi State Police Command, CSP Williams Ovye Aya, neither picked calls nor reply the text message sent to him over the incident.

Charles Igbinidu is a Public Relations practitioner in Lagos, Nigeria
@https://twitter.com/ionigeria
Previous Governor Akeredolu of Ondo to sign anti-open grazing bill into law tomorrow
Next Final US troops leave Afghanistan after 20 years as official declares: ‘The war is over’